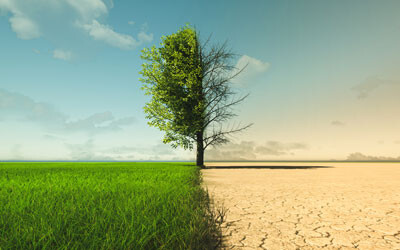 The IPCC Working Group 3 has released its ‘Climate Change 2022: Mitigation of Climate Change’ report and its message is clear: the world needs to act immediately to keep global warming under 1.5°C.

Members of the Climate Council said that although progress was being made to reduce emissions and increase the availability of renewable energy, the world — and Australia in particular — would need to make more substantial changes.

“This new global UN report comes shortly after the UN Secretary General singled out Australia as a ‘holdout’ with the Morrison government refusing to increase its 2030 targets. Australia is the only major developed country that has failed to significantly strengthen its 2030 target,” said Dr Madeline Taylor, Climate Councillor, energy expert and Senior Lecturer at Macquarie University, School of Law.

“We know what is required to deeply permanently and immediately reduce emissions, and as the sunniest and one of the windiest places on earth, with a wealth of critical minerals available, Australia should be cashing in on those solutions and creating a prosperous, sustainable future.”

University of New South Wales Professor Tommy Wiedmann, one of the report’s authors, was encouraged by the steeply reduced cost of renewable energy and batteries, which has decreased by 85% in 10 years. Ultimately, though, he felt more fundamental changes would be necessary.

“We can do this with solar and wind energy, energy efficiency improvements, reduced deforestation, soil carbon storage and methane emissions reductions. In the near and medium term, the halving-by-2030 target could be reached through changes across transport, industry, buildings and land-use.

“Overall, this latest report from the IPCC reiterates the need for transformational change if the aims of the Paris Agreement are to be achieved, practically in every sector in every region. Incremental change is not sufficient.”

The UN Secretary General, António Guterres, did not mince his words as he called out governments for acting slowly and continuing to emit greenhouse gases at a dangerous rate.

“Some government and business leaders are saying one thing but doing another. Simply put, they are lying and the results will be catastrophic… but high emitting governments and corporations are not just turning a blind eye, they are adding fuel to the flames. They are choking our planet, based on their vested interests and historic investments in fossil fuels, when cheaper renewable solutions provide green jobs, energy security and greater price stability,” Guterres said.

“Current climate pledges would mean a 14% increase in emissions and most major emitters are not taking the steps needed to fulfil even these inadequate promises.”

Dell Technologies has recovered more than 1.1 billion kg of used electronics since 2007 through...

Why sustainable engineering is good business

Sustainable engineering is not just good for the environment, it also improves capital and...

With the release of the federal Budget, hear what the sustainability experts felt about the...