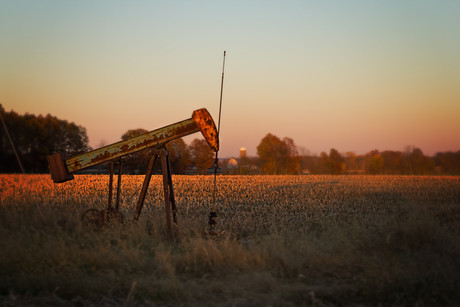 Researchers from the National Centre for Groundwater Research and Training, based at Flinders University, have identified very low chances of problems with groundwater contamination due to fracking, but a very high likelihood of some kind of incident at the surface where unconventional gas is produced.

Unconventional gas production — such as coal seam gas and shale gas — is a highly contentious issue, with concerns that groundwater contamination could be among many possible impacts. However, just because something is possible does not mean it is probable, and it is quantifying the probability of impacts on water resources that presents an interesting and important scientific challenge.

The Flinders researchers sought to quantify the likelihood of surface water and groundwater contamination, and shallow aquifer depletion from unconventional gas developments. They compiled several hundred global scientific comparisons — from Australia, North America and Europe — between the likelihood of impacts to surface and groundwater sources from producing shale gas, tight gas and coal seam gas.

The results, published in the journal Groundwater, show that spills at the surface can and do happen everywhere that gas production from unconventional reservoirs occur, and that production processes require human vigilance for the prevention and mitigation. The researchers note that more attention is needed to bring the probability of surface spills down.

The researchers believe the likelihood of something bad happening underground is much lower than the general public may tend to believe, having examined a wide range of possibilities. However, they warn that this risk will be quite variable, depending on how deep the gas is and what the geology between that gas and the potable water above it looks like.

“To minimise this risk we must use appropriate well construction technology, really understand our geology (faults and fractures and permeability) and monitor extensively,” explained co-author Dr Margaret Shanafield. “It is extremely difficult to understand exactly what is going to happen at depths of several kilometres, and there will likely be some areas where risks are too high to proceed.

“Each site and system really does need to be considered on a case-by-case basis.”

Introducing gas production from unconventional reservoirs has led to widespread environmental concerns, amplified by difficult public access to trustworthy data on the likelihood of adverse impacts to their community. Dr Shanafield said the new report provides an important step forward in presenting quantifiable scientific information, but she recognises that communities still have broad issues surrounding possible unconventional gas production that need to be addressed.

“This is not just about science. We should not underestimate the socioeconomic impacts on communities, even if no contamination occurs. These are outside the scope of our work, but gaining a social licence to operate is profoundly important.

“The likelihoods presented in our research provide a starting point for comparing the probabilities of adverse impacts between types of water resources and pathways, rather than just articulating possible impacts in qualitative terms. This quantitative scientific understanding is critical for ensuring a well-informed, evidence-based discussion and debate.”