How algorithms can improve our responses to environmental incidents 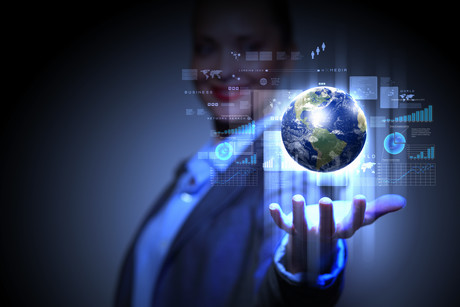 When an environmental incident occurs, acting quickly and effectively is the aim of every regulatory agency and industry involved. Locating the source of the problem and alerting those affected must be done as swiftly as possible so any impact can be kept to a minimum. It might be a nuisance problem like a bad odour from a process upset or a more serious incident that could affect health and safety.

In many cases, however, achieving the goal of speed and effectiveness can be difficult. For example, where there are multiple facilities in an area, complaints about odours can be aimed at a variety of different locations. Each has to be investigated and evaluated before the agency is able to pinpoint what is causing the problem and where it is located. In the meantime, staff may have been dispatched to the field to deal with the event without a clear idea of the true situation.

This challenge is exacerbated when weather conditions — particularly wind — change quickly, a situation that happens often in many places. The wind direction occurring while the investigations are being carried out could well be different from that which occurred when the incident first happened. This can make tracking down the source more difficult and time consuming.

An example of this challenge occurred in the San Francisco Bay Area in December 2016. During that event, more than 1400 complaints were received from residents about strong petrochemical odours. The odours resulted in some 120 hospital admissions of people suffering from headaches, burning eyes and sore throats.

Investigations into the source of the odours took months before it was finally traced to oil that had leaked during the unloading of a tanker kilometres away. This news was small comfort for all those who had suffered at the time but could not at that stage be told exactly what had happened.

Clearly a better approach is needed to manage environmental incidents, and this can be achieved through appropriate software. By making use of sophisticated algorithms based on the best science, agencies can radically transform the way they respond to such events. They can also help companies that experience such incidents respond in a more proactive manner, reducing the chance of such events in the first place and improving the speed and effectiveness of response. This reduces the negative impact on nearby citizens and can help to build trust around longer term concerns that might be present in the community.

When an incident occurs, one quick and powerful step enabled by such software is to generate a real-time trace of where the odour or pollution has travelled from. The algorithms take the time and location of received reports and combine them with data about current and recent wind and other atmospheric conditions. In this way, the likely path of the offending release can be traced back to the source much more quickly than has previously been possible — within seconds rather than days or weeks.

This approach can also be used by industries that experience an event that results in odours or pollutants being released off-site. The tools also can generate a forward trajectory map showing where plumes are likely to travel and the areas that will be most affected, allowing more effective management of response activities.

For environmental regulatory agencies, adopting such analytical and predictive systems can deliver significant benefits. When an incident occurs and complaints are received, the source of the problem can be found much more rapidly. The tools also reduce the need to send officers out into the field without some prior information, which can waste considerable time. Instead, a back trajectory can quickly determine the likely source and resources sent there to investigate immediately. Time saved in fruitless searches for offending sources can be considerable.

The essential first step to getting a quick response is to receive information about incidents and complaints as they happen. Enabling citizens and field workers to easily lodge their complaints and observations through a smart mobile app is the best way to get the process of investigation started. Linking the latest data communications technology to the relevant scientific algorithms in a smart system leads to better, faster decisions that resolve issues and protect communities more effectively.

For companies experiencing a problem, the same system will allow staff to quickly identify the likely source of the issue and enable on-site responses to be activated without delay. Time lost in the early stages of a complaint event or incident can be critical. The ability to alert potentially affected residents and the regulator without delay can avoid more serious consequences later.

Because they can be more proactive, companies are less likely to face fines or other penalties as a result of an incident. Not only are there advantages for a technical solution — reducing or even avoiding adverse impacts — but also in terms of the perceptions formed by the community and regulators. A company’s ability to meet corporate and social responsibilities will have been significantly enhanced. It will be able to clearly show to agencies that appropriate steps were taken as soon as an incident occurred and those steps resulted in reduced impact.

By taking advantage of real-time data sources, and making use of forecasting and analytical tools, combined with smart IT platforms, both regulators and industries can be in a much better position should an environmental incident occur.

Communities in affected areas can be better informed and comforted by the knowledge that authorities have a clearer picture of what is happening and are taking targeted action to minimise any consequences. Taking an algorithmic approach to environmental management benefits all parties involved.

Australian researchers have developed a way of capturing carbon dioxide and converting it to...

Rural care — where to now?

Govt grants and scholarships to support women in STEM

Skin infections confirmed as a cause of rheumatic fever