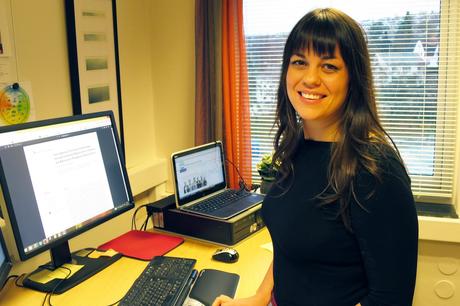 One-third of all food produced globally ends up as waste. The question is, what’s the best way to deal with it?

The Norwegian University of Science and Technology (NTNU) has been weighing up the benefits of recycling food waste versus preventing it, concluding that the latter is a more effective strategy for cutting emissions.

Led by PhD candidate Helen Hamilton, the research group focused on what they called ‘avoidable food waste’ — food that should have been eaten but ended up in the bin. They found that 17% of all food sold in Norway is wasted. Most of that waste is at the consumer level, partly because of the confusion caused by labelling.

“Consumers often mistake ‘use by dates’, which refer to highly perishable goods that pose a risk to human health if consumed after a certain period, with ‘best before dates’, which merely indicate a food’s reduction in quality but not safety,” the researchers wrote in the journal Environmental Science and Technology. “This results in a substantial amount of food waste at the household level.”

The university acknowledged that food waste can be used to produce biogas, which reduces CO2 emissions when it replaces fossil fuels. The city of Oslo, for example, has its own biogas facility that relies in part on food waste collected in the city. Some of this fuel is used to power 36 buses fitted out to burn biogas.

But while this initiative reduces the need for fossil fuels, it takes more energy to collect the food waste and process it than it would if people didn’t throw away so much potentially edible food unnecessarily. If people didn’t purchase more than they needed, the demand for animal and plant products would be lessened. This would result in “both reduced upstream production impacts and downstream waste treatment impacts”, the researchers wrote.

The colleagues also looked at how food waste affected phosphorus use in the agriculture sector. Phosphorous is a limited resource that is primarily concentrated in geopolitically unstable regions, including Morocco and the Western Sahara. It is an element, so it can’t be created. It is also absolutely necessary for food production, as well as a key component of fertiliser. It has no substitute.

A 2010 PhD dissertation from Linköping University in Sweden found that the growth in the global population combined with food demand will result in an increase in phosphorus demand by 50–100% by 2050. Yet when the researchers compared what happens to phosphorus demands if avoidable food waste is prevented versus recycled, they found that Norway’s need to import mineral phosphorus declined by 14%.

The need to import phosphorus also decreased compared to the baseline demands by 6% under the food waste recycling scenario. However, that would only be true if the leftovers from biogas processing could be perfectly returned to agricultural soils as fertiliser, which is currently not the practice today.

“This assumption in no way reflects a probable future, as only minimal amounts of residuals produced today are returned to agricultural soils due to many factors,” Hamilton said. One such factor is the fact that farmers are not that eager to accept biogas residuals as a suitable substitute for mineral phosphorus.

So why isn’t there a more concerted effort to reduce food waste in Norway? According to the researchers, this comes down to two reasons.

The first reason is that while there are some efforts in Norway to cut food waste, there are no clear goals or targets at the national level — unlike for its biogas strategy. Two Norwegian biogas facilities have been opened over the past three years that are specifically for organic/food waste, with a capacity to process 70,000 tonnes of waste per year. Government support for the two facilities has topped NOK9.3 million ($1,511,124), while the country’s largest food waste prevention effort was allocated just NOK700,000 ($11,374).

The second reason, the team said, is built into the very fabric of Norway’s society, which is “shaped to favour the throughput of material, with the production of marketable goods, like food and biogas, providing profitability for businesses”.

“Because of this, there is a clear temptation to incentivise and prioritise the use of food waste for energy recycling over food waste prevention.”

The risk of prioritising recycling, according to the researchers, is the possibility that Norway could lock itself into ‘needing’ waste to run its biogas facilities. “That is clearly not part of a sustainable future,” they said.

“Our work shows that policy and incentives should prioritise food waste prevention, and that most savings can be had through a combination of prevention and recycling,” concluded Hamilton.