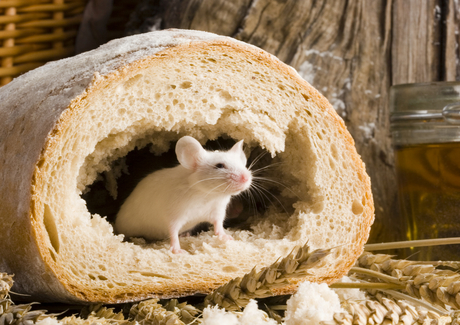 An increasing population combined with a decline in agronomic resources will lead to a constant, never-ending rise in world food prices. Then why, oh why do we waste food if it is a precious commodity?

Consumerism has created a belief that wasting food every day is part of daily life. However, the value/loss of food waste extends beyond general economic dimensions, defeating our ability to holistically and accurately value the wastage. Research estimates that a third of all the food produced in the world is never consumed, and the total cost of that food waste could be as high as US$400 billion ($509 billion) a year. A report by the United Nations shows that the food discarded by retailers and consumers in the most developed countries would be more than enough to feed all of the world’s 870 million hungry people.

Food waste is not only a social cost. Climate change can have a lasting impact on food production, as the production process consumes large amounts of land, water and fertilisers. The food industry needs to come to terms with its responsibility to cut its greenhouse gas emissions. The fuel that is burned to process, refrigerate and transport it also adds to the environmental cost.

Most food waste is thrown away in landfills, where it decomposes and emits methane, a potent greenhouse gas. Food waste accounts for 3.3 billion tonnes of greenhouse gases annually across the world, equating to about 7% of the total emissions. While 7% may not be a significant amount, reducing food waste is an area where we can start making a difference in addressing climate change. The UN agency points out that methane gas from the world’s landfills is surpassed in emissions by only China and the United States.

Many studies have demonstrated that the largest percentage of the waste takes place in different links of the food value chain. Total wastage at each link varies significantly across the globe. In highly industrialised nations, food waste occurs towards the end of the chain in hospitality and at the consumer level, whereas in the developing world, the majority of food waste occurs at the post-harvest level. To me, this is the low-hanging fruit — we already have the technology and knowledge to minimise food waste at the post-harvest level; it’s just a matter of getting it into the right hands and minds.

Food industry trade groups can play a vital role in influencing the value chain’s behaviours around food waste. In Australia, the trade groups can work with the major supermarket chains to reduce waste in their stores and across their supply chain by educating them on expiration dates, as well as selling smaller amounts or portions of food. The trade groups can also influence their members to increase their food donations and address the fundamentals in their manufacturing processes to limit the amount of food wastage. For example, a major food company in the United States changed the way it placed dough in shell for its pot pies and saved 235 tonnes of dough in a year.

From harvesting and processing to wholesaling and retailing, food industries can reduce waste and increase profits by ensuring maximum efficiency in the use of food products. Cleaner production approaches can be used to analyse food wastage and relatively small investments in improving processes will be offset by significant savings in raw materials. For example, many fine food restaurants have tightened up food preparation to minimise wastage of often costly ingredients, thereby maximising their profit margins.

Governments can also play a pivotal role in addressing food waste. The United States has proposed a bill, The Food Recovery Act, which aims at tackling food waste in four main areas: consumers, supermarkets, restaurants, schools and on the farm. The bill is seen as a roadmap to reducing food waste across the value chain. In September 2015, Australia signed up to the 2030 Agenda for Sustainable Development goals, one of which concerns responsible consumption and production. As part of this goal, countries (including Australia) have committed to ‘halve per capita global food waste at the retail and consumer levels and reduce food losses along production and supply chains, including post-harvest losses, by 2030’. Presumably, at some stage, the government will need to address this.