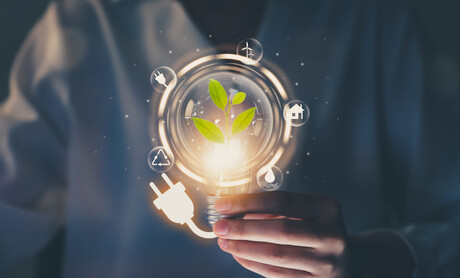 The federal Budget was released on Tuesday night, introducing changes such as allocation for funding of the circular economy, low-emissions and recycling technology, and disaster recovery. While the Budget has seen some positive comments, it has also been criticised for not adequately addressing climate change.

The Climate Council expressed dissatisfaction with the Budget, arguing that it failed to address causes of climate change and noted that the total expenditure to deal with the climate was to be 0.3% in the next three years and only 0.2% for the following three. It noted that although a $5 billion disaster relief fund was useful, the cost of disasters in the future brought about by climate change would trump any current provisions.

“Rather than investing in a green economic future, the federal government has used tonight’s Budget to toss mere pennies at genuine emissions reduction initiatives, such as the regional renewable microgrids,” said Nicki Hutley from the Climate Council. “At the same time, significant funds are being spent on so-called ‘low emissions hydrogen’ and the costly and unproven carbon capture and storage. And a further $50 million is being directed to accelerate polluting gas projects.”

Similarly, Community Power Agency Director Kristy Walters said that renewable energy microgrids receiving support is a positive outcome of the Budget that it was ultimately not enough.

“We welcome the modest continuation of funding for regional and rural solar- and wind-powered microgrids. But regional communities are crying out for properly funded solutions to climate-fuelled natural disasters and high power prices.

“We’re urging the government to establish 50 on-the-ground Community Power Hubs across regional Australia to unlock a wave of prosperity, innovation and resilience — it’s a vote winner. People in towns all over Australia are rolling up their sleeves, sitting around a table and coming up with community energy projects that support local jobs, local power, local resilience. But the federal Budget has delivered nothing to help them.”

The United Nations Global Compact Network Australia (UNGCNA) appreciated the money going towards environmental regulation, protection of threatened species and habitats, and the moves to protect the Great Barrier Reef. Despite this, it felt that more needed to be done with urgency to set and meet ambitious 2030 climate goals.

“The UNGCNA urges the government to review its commitment to net zero by 2050 and set ambitious intermediary climate targets to support the path to decarbonisation. This starts with a review of Australia’s nationally determined contributions and ensuring it is in line with the Paris Agreement before COP27. Meeting the 2050 net zero target can only be achieved if robust targets for 2030 are in place,” said UNGCNA Head of Programmes Corinne Schoch.

The UNGCNA points out that the government had previously earmarked 0.7% of its GNI as part of the Sustainable Goals Development for assisting with sustainable development in the Indo–Pacific region but fell short of this.

The Australian Council of Recycling (ACOR) had positive things to say about the Budget’s $100 million allocation to the recycling industry, lauding the emphasis on advanced recycling.

“This Budget builds on the Australian Government’s strong funding trajectory for recycling. It signals to recyclers across the country that the government is invested in our industry; and supports us in gearing up for a new era of productivity and innovation,” said ACOR CEO Suzanne Toumbourou, who also praised the ReMade in Australia campaign to boost the number of Australians recycling their waste properly.

ACOR reiterated its appreciation of the previously announced $60 million to be set aside for advanced plastics recycling as part of the Recycling Modernisation Fund, which will increase the capabilities of the country’s recycling systems.

The Green Building Council of Australia (GBCA) welcomed various changes in the Budget such as the support for sustainable, livable cities as well provisions to “unlock” access to the circular economy but felt that although there was some appropriate movement towards renewables, more action and funding was needed, including a move away from gas to clean energy.

The Australian Academy of Science praised the funding for circular economy initiatives and it reacted positively to the expansion of the patent box tax concession to low emissions and agricultural technologies. On the other hand the Australian Academy of Technology and Engineering felt that the lack of concentration on electrification for transport was a missed opportunity for large-scale decarbonisation.