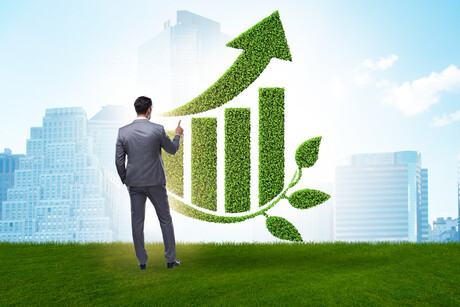 The urgency of climate action is clear, with world leaders to consider the IPCC’s report raising a code red for climate action in Glasgow in November. Imminent climate catastrophe means that rather than waiting for political consensus, it’s time for business to take the lead where others hesitate by setting clear climate goals and ensuring they are met.

This isn’t just about saving our world, but embracing innovation, future-proofing, and reaping the benefits of a transition to an all-electric, all-renewable energy system and smart, digital technologies.

Taking climate action requires commitment, innovation and an ability to translate ambition into meaningful action. The list of organisations making commitments to net zero or major emissions reductions grows daily, but scrutiny is also growing of gaps between those commitments and concrete action to cut emissions.

In Australia, we’ve even seen miners such as BHP, Fortescue Metals and Rio Tinto commit to carbon neutrality — Rio is also promising to reduce its emissions intensity by a third by 2030.

More and more companies are backing climate action and embarking on the energy transition.

Across the world, Schneider Electric has advised its corporate clients on more than 10,000 megawatts of renewable energy Power Purchase Agreements since 2014, equivalent to more than 300 million metric tons of carbon emissions.

Aside from recognising and acting on the existential threat of climate change, corporations are facing increasing pressure to act from their communities and stakeholders, especially investors.

There are broader benefits for companies to combat climate change. The push to ethical investing means companies committed to sustainability can attract more capital — using and producing less carbon generally saves money and a reputation for sustainability translates into a stronger brand.

In making a corporate commitment, deciding goals is crucial. Reach for the sky targets can be alluring, but rooting tactics and timelines in science, and following proven standards for efficiency, decarbonisation and renewable energy goal-setting can balance aspirations with achievability. Increased scrutiny of carbon reduction across the globe is revealing alarming gaps between what is announced, and what is actually achieved.

It’s one thing to aspire to change and another thing to achieve it, creating the prospect of an ‘ambition gap’. Increasingly media and activist groups are scrutinising ambitious climate action targets, finding many ultimately ring hollow. Companies are being called out for proclaiming net-zero ambitions without any plan or timeline for reducing involvement in or financing of coal, oil and gas projects.

Companies need to be clear about the how much (the what), how soon (the when), and the how, of their climate change goals.

Pressures to appear sustainable are spurring companies to set targets that are either ill-advised or unachievable, and make declarations that will be derided as greenwashing. While being a sustainability laggard has become a business risk, being seen as false or contrary also has reputational and financial ramifications.

A new spate of greenwashing claims is prompting action. In the US the SEC has announced a task force dedicated to rooting out and addressing false or invalid ethical investing and climate claims, and the European Commission is also cracking down on greenwashing.

Corporates should ensure that sustainability and climate action targets are informed by scientific standards like those issued by the Science-Based Targets Initiative. These standards are driven by climate science and are rigorous — requiring companies to take meaningful and material action in order to be validated.

With those goals set, a successful program requires a mix of reducing a company’s total energy footprint, replacing carbon-based energy sources with low-emission fuels and more efficient use of energy and other resources.

Replacing high-carbon fuels is where most companies start their decarbonisation efforts, looking to renewable electricity and cleantech procurement, electrification and the exploration of alternative fuel sources.

But the low-hanging fruit of decarbonisation is optimising for efficiency. Digital technology, interconnectivity and integrated systems to reduce energy consumption can cut energy usage in most buildings by 30%.

Purchasing energy from green sources need not be costly. The continuously falling price of clean technologies means that organisations can save money using renewables. In Australia the increasing supply of wind and solar power, some of the cheapest power sources in the market, has driven energy prices to record lows.

Distributed energy resources like microgrids, batteries and EVs support the prosumer model, where companies can become both a consumer and a generator of energy. Leading companies are planning and adapting to the rapid and exciting changes in the Australian energy sector.

Globally, electrification is on the rise, driven in part by its falling cost as renewable penetration increases. As demand for electrification grows, the transition to electrified fleets, heating and production processes is a key means for organisations to address their carbon footprint.

The real question isn’t “Why act on climate?”; it’s “How to act on climate?”, and the answer is unique to each organisation. But one thing remains the same: Companies that take an active role in ethical and sustainable business transformation by setting bold targets, rooted in science, will spark a chain reaction that uncovers market advantages, opportunities for collaboration, and an unmatchable set of future-proofing tools for your business.

*David Eastwood is Head of Energy and Sustainability Services Australia, Schneider Electric, a leading advisor in Australia on energy, renewables and digital transformation.

Should we have an IPCC for food?

The 'glass half full' approach to offsetting practices and technologies is demystified...

There is increasing pressure on every sector to reduce its greenhouse gas emissions, but none...

More expert pharmacists needed in the era of medicine miracles