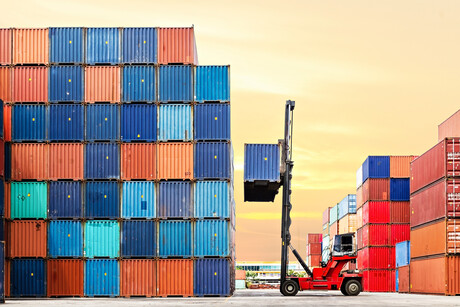 Australian exports could be hit with high export fees under policies that could be adopted by countries with carbon taxes that reduce carbon emissions, suggests a new paper.

The European Union is considering how to implement carbon border adjustment mechanisms (CBAMs), which are regulatory structures that would introduce costs to account for carbon emissions by international entities. The UK is looking to implement similar measures, as are Canada and the US.

These CBAMs are designed to mitigate a side effect of carbon taxation known as carbon leakage, which is when businesses relocate their business to regions with lax carbon management policies. They would impose greater costs on importers of goods from countries with less strict management of carbon emissions and these costs would then be passed back to the exporting businesses and organisations.

Should Australia join the emerging club of carbon trading nations?

A new paper by University of Adelaide professor Mike Young has outlined 10 principles that the EU, and possibly other nations, should implement as part of its CBAMs if it wants to essentially force other countries to adopt climate change policies to reduce carbon emissions. The paper suggests that countries adopting CBAM policies ought to do so in a measured, fair way but ultimately that CBAMs may successfully lead to a “club of carbon trading nations” that works to enforce carbon taxation outside their own borders — something that could impact Australia.

One of the principles outlined in the article would see that countries reducing emissions as fast as or faster than the EU would not be exposed to higher costs, which would result in progressive climate policies of any kind being enough to avoid extra prices. Another is that any pricing arrangements take into account the regulations and standards on production costs. This would mean that Australia’s carbon mitigation policies would be viewed beneficially; without such a clause, Australia would face the predicted increased costs of exporting its goods.

“Under the current EU proposal, the impact of Australia’s Renewable Energy Targets on production costs would count for nothing,” Young said. “Similarly, a decision to offset carbon emissions would gain zero recognition. The only things that count are direct carbon payments to a government.

“Time is no longer on Australia’s side. At the moment Australia has no carbon tax and no emissions trading system in place. If Australia wishes to avoid the imposition of a carbon tax on its exports, it needs to act quickly.”

The 10 principles also include factors that make a CBAM fair and not exclusionary, such as considering only truly environmental problems that need addressing and having potential concessions for developing nations.

The University of Adelaide’s Professor Peter Draper, Executive Director, Institute for International Trade, said: “It is critical that the EU’s proposal is consistent with World Trade Organisation rules and does not enable one country to prevent policy choice in another, especially when it can be shown that other policy choices may be equally effective.

“There is a real risk that CBAM could be used as a backdoor way to protect struggling industries from international competition rather than tackling climate change by reducing imports from countries that are seen to be not tackling carbon emissions.”

The paper, Improving border adjustment mechanisms, is available from the University of Adelaide website.