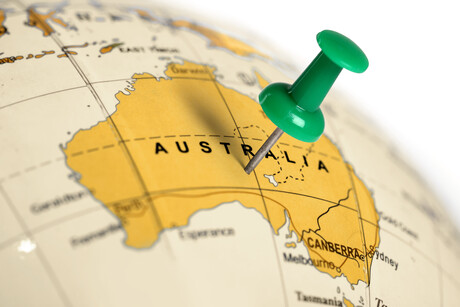 While Australia may not have been on the cast list at December’s Climate Ambition Summit, there is an increasingly positive sense of climate action taking place here. In large part, this is being driven by Australian states and territories, which are not just taking action on emissions and energy efficiency — often they are leading the world.

Each one now has a target for net zero emissions by 2050; in some cases it has even been enshrined in law. Many are implementing policies that make climate-friendly business proposals much easier to get off the ground and offer an opportunity to create new jobs, rebuild the economy and give the state a competitive advantage for acting early.

We are increasingly seeing this form of ‘bottom-up’ leadership by states and regions across the world — and Australia provides a great example. States and regions have the powers and local knowledge to make things happen on climate. For places like California and São Paulo, which represent huge economies, this can make a big difference to collective efforts. It can also give inspiration and support for national governments to act where they are struggling.

This was a developing story in 2020, which started with the new leader of Tasmania’s state government, Peter Gutwein, announcing he would also take on the role of Minister for Climate Change. The announcement showed that global environmental systems are no longer a backroom topic but very much part of the argument for stronger, resilient and more inclusive societies that work for everyone.

As the year went on, states’ responses to COVID-19 gave a new dynamic to the debate, but one that has been more positive than might be assumed. The Government of Victoria, for example, is investing AU$797 million to help residents cover the cost of their bills and make their homes more energy efficient — saving both emissions and costs. This package is helping to build a fairer and more affordable energy system through programs that provide immediate energy savings to households and small businesses. It is also a key part of the state’s transition to clean energy, with funds to replace old wood, electric or gas-fired heaters, seal windows and doors, and upgrade heating, cooling and hot water systems.

In November, the New South Wales Government committed to become a renewable energy superpower. It has put in place plans to replace four out of five of its ageing coal-fired power stations and build Australia’s first renewable energy zones in the Central West and New England regions. Ultimately the government aims to cut power prices in New South Wales, so that an average small business saves AU$440 a year and households AU$130 a year. This is in addition to its push for AU$32 billion private investment in regional energy infrastructure and the generation of thousands of new construction jobs in the sector.

And then in December, the South Australian Government launched its Climate Change Action Plan for 2021–2025. This includes 68 actions that build on its leadership in renewable energy to increase investment and jobs in low emissions and climate resilient business over the next five years. The government predicts it could achieve a level of renewable energy that is more than 500% of current local grid demand by 2050 — even exporting energy to others. Schemes have also been created for new photovoltaic and battery storage in Umuwa, a desalination plant on Kangaroo Island and a state-wide rollout of electric vehicle charging infrastructure.

The Under2 Coalition champions state actions such as these, alongside those of all our 220 members, to show that the solutions to climate change already exist and that many are being developed below national level. As we look ahead to a new year, it is these pioneers that can lead the way for others. All countries — including Australia — will need to bring ambitious emissions reduction targets to the next UN climate summit in November. This is the challenge of our times for all governments; they would do well to start by looking at what their states and regions are already doing to make a difference.