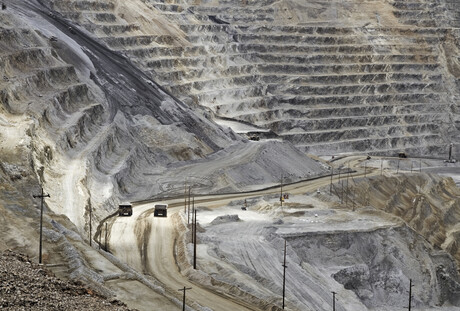 In August 2020, the Victorian Auditor-General’s Office published a report based on its audit into the Department of Jobs, Precincts and Regions (DJPR) regulation of mine rehabilitation.

Acting on behalf of community groups such as Friends of Latrobe Water, lawyers at Environmental Justice Australia warn that the “systematic regulatory failures” documented in the report have allowed arsenic, heavy metals, acidic water and other mine waste pollution to seep from abandoned mines into surrounding communities and waterways. Used for irrigation, swimming and fishing, these waterways are habitat to fish, frogs and fragile ecosystems.

The Auditor-General’s report found that DJPR “is not effectively regulating operators’ compliance with their rehabilitation responsibilities”, exposing Victoria to “significant financial risk”. According to the report, frequently, mining sites have been poorly rehabilitated or not treated at all, presenting risks to Victorians and the environment.

Environmental Justice Australia lawyer Bronya Lipski said, “The Auditor-General’s report paints a picture of ‘regulation for the industry, by the industry’. It gives Latrobe Valley and Gippsland communities little confidence that mine rehabilitation will be done in the robust and comprehensive way that residents and the surrounding environment deserve.

“The report shows the concerning potential for conflicts of interest, a lack of enforcement of regulation and neglectful approval of inadequate rehabilitation plans. It shows the state’s contingent liability — or estimate of potential liability — is an absurdly low estimate that wouldn’t cover a new stadium construction, let alone comprehensively rehabilitate a single mine.

“Regulation of mines under the Mineral Resource (Sustainable Development) Act isn’t being enforced. Reclamation bonds — the funds meant to guarantee that clean-up costs are covered if a company walks away from its mine — have been under-costed or given back without proper site inspection and rehabilitation.

“The Victorian Government has looked the other way while local communities are left to suffer after private companies have scarred the land, made their profits, contaminated waterways and then left the clean-up costs to the taxpayer. While communities face an environmental and health burden, the state is facing a legacy of liabilities.

“The Victorian Government must ensure that we have an empowered and independent mining regulator to rigorously assess rehabilitation and take strong enforcement action where necessary,” Lipski said.

Friends of Latrobe Water member Tracey Anton said, “The Auditor-General’s audit shows that we need integrated agency oversight of rehabilitation, including by the EPA.

“Victoria has suffered under ineffective policy and management of rehabilitation processes, including miscalculating bonds, premature return of bonds without site inspection and operators being allowed to forfeit legal responsibilities.

“While coalmining has shaped our community for nearly 100 years, we’ve got three enormous holes in the ground here in Latrobe Valley. But with the Hazelwood rehabilitation process underway and a lack of community access to really important information like technical documents and the work plan variation, how can anyone feel confident that the regulator is ensuring that ENGIE, EnergyAustralia and AGL are going to be held to undertaking comprehensive rehabilitation plans?

“The Minister for Planning must make the process transparent and allow the community the right to have a say under an Environmental Effects Statement (EES). We have been asking Minister Wynne to require ENGIE’s Work Plan Variation for rehabilitation to be referred under the EES process, but received no response. In light of the Auditor-General’s damning report, we call on him to act now.”