Are property and infrastructure owners ready for the autonomous future? 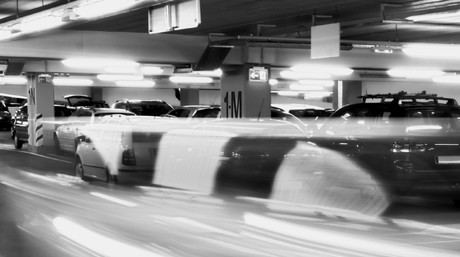 Whether it’s a report on the NSW Government’s driverless vehicle trials, dire news about predicted job losses, Elon Musk’s latest controversial tweet or someone’s utopian vision of free, on-demand transport for all, it seems a day doesn’t go by without automated vehicles (AVs) being in the news.

Yet for all the flurry of information on virtually every aspect of driverless technologies, there has been very little discussion about how Australia’s major property and infrastructure owners are planning and preparing for AVs on our city’s streets and roads.

What impact will AVs have on our cities’ built form?

In partnership with the Committee for Sydney, Arcadis interviewed some of Sydney’s largest private owners of commercial, residential, retail and mixed-use properties, as well as representatives of local and state government. Through this process, we asked participants about their preparedness for the potential impacts of AVs and connected automated vehicles (CAVs) on the built form within our city, as well as what’s blocking, what’s supporting and what could support better preparedness. We also asked what, in their view, a successful autonomous future would look like. At a conservative estimate, those we interviewed manage assets worth in excess of AU$28 billion.

So, what did we find?

Despite 100% of respondents believing that AVs will impact their assets, only 10% currently have a dedicated resource and formal plan in place. If they all know it is going to happen, what is holding the other 90% back?

Within private organisations currently discussing the autonomous future, the strategy to embrace it is being led by the Board (37%) and the C-Suite (45%). While this initially appears positive for organisations, only 26% currently have a business case for change (let alone a dedicated resource), a surprising statistic given 65% of respondents believe their assets will be impacted within 5 to 10 years.

The problem with parking

With 70% of research participants having one or multiple forms of parking infrastructure in their holdings, changes to future parking needs, as the proportion of AVs on our roads increases, loomed large in our discussions. Not surprisingly, most owners anticipate reductions in carparking requirements across asset types, including dedicated street parking, dedicated parking structures in urban areas and parking that serves residential and commercial properties, including major shopping centres.

What form this took was varied and uncertain. What was certain though was the need to rethink how assets are used, with 65% of respondents believing that they will need to repurpose their assets. Furthermore, 20% foresee a combination of ‘knock-down/re-build’, ‘adaptive re-use’ and/or ‘sell-off’. That is a staggeringly large amount of public and private infrastructure.

The early movers we spoke to were already thinking and building their parking differently; for example, using larger ceilings so it could be transformed into commercial spaces. Some residential property developers were seeking council approval to build below the minimum parking requirements.

Is legislation really in the way?

When looking at this from the outside, it’s easy to blame local government regulations for holding back progress; however, this view doesn’t look at the full picture. From our respondents, 69% believe there were no legislative barriers in their way to make the changes they will need to make.

While some respondents cited federal and state government legislation — including some aspects of the Australian road rules, the Australian Design Rules, federal and state import legislation and the NSW Passenger Transport Regulation that will need to be amended to accommodate high-level automated and driverless vehicles — change is well understood by government. For example, the NTC and Transport for NSW are largely aware of these issues — and, in many cases, they are actively seeking to address them, including through consultation, clarifications, new interpretations, and proposed and actual amendments.

In addition, the Australian Government is signatory to an international agreement, administered by the United Nations Economic Commission for Europe (UNECE), which provides a framework for ensuring that Australian Standards for vehicle design align with international standards.

However, in the words of one of our respondents: “We’ve found the strongest barriers to preparedness haven’t been legislative, but our own capacity to imagine and expand our thinking.”

In the final stage of our interviews, we asked participants to discuss their perceptions around additional obstacles (ie, those not covered by previous questions) to the successful adoption and implementation of fully autonomous mobility in our cities. In response, many cited public and market acceptance, additional legal and current technological barriers, an absence of clear and visible leadership, and the need for community education and engagement.

The challenge now for property and infrastructure owners and governments of all levels is leadership, both individual and collaborative. We must envision the autonomous future we want so we can put the frameworks in place to deliver it.

The Australian and NSW state governments are already moving forward on many fronts. The House of Representatives Standing Committee on Industry, Innovation, Science and Resources has undertaken and handed down its investigation into the ‘Social issues relating to land-based automated vehicles in Australia’, and the federal government has responded. The NSW Government has passed enabling legislation and is collaborating with industry in real-world trials of Level 4 or 5 driverless technology; and both levels of government have established dedicated research bodies to help us prepare for future transport technologies, while also allocating significant funding to this issue.

Trials and investigations are currently ongoing — although it was reported in March that the Sydney Olympic Park trial will give rise to Sydney’s first driverless bus route, which will run from Liverpool CBD to the new Western Sydney Airport at Badgerys Creek and will be up and operational in five years.

What appears to be lacking though is visible and effective industry and community engagement that is wider than the transport industry. If this was happening, we would — at least on average — have received broadly different responses to our survey and interview questions. From the property and infrastructure owners we interviewed, the strongest message we received is that there is an immediate need to formalise approaches to the autonomous future, including identifying what will be impacted and what value is at risk, and determining the timings to embrace this future.

The autonomous future is rapidly approaching, and what is needed is strong leadership, strong collaboration and coordinated planning. Creative thinking is also essential, and we would like to conclude this report with the words of one of the inspiring leaders we interviewed, who said:

“We’ve found the strongest barriers to preparedness haven’t been legislative, but our own capacity to imagine and expand our thinking.”

The full report, ‘Are Sydney’s property and infrastructure owners prepared for an autonomous future?’, can be downloaded from www.arcadis.com/au.