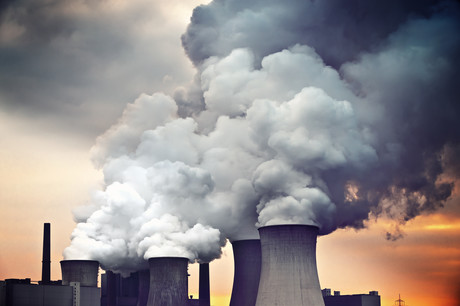 The Australian Energy Market Operator (AEMO) has released its 2019 Electricity Statement of Opportunities (ESOO), highlighting the need for investment in energy generation and transmission to ensure the security of Australia’s energy system.

Clean Energy Council Chief Executive Kane Thornton said the AEMO report identified significant challenges as a result of the increased withdrawal and reliability issues for ageing coal-fired power plants, combined with a lack of policy to encourage new investment in generation into the future.

“The older Australia’s coal plants get, the less reliable they are. The answer isn’t to keep the oldest, least reliable plants open as long as we can — it’s to replace them as fast as possible with renewable energy and storage technology which can do exactly what our old power plants can do, but cleaner, cheaper and more reliably,” he said.

“Without policy certainty to ensure investments in our energy system are made efficiently where they are most needed, we are left with using emergency measures to keep the power on over the hottest parts of summer. We need policy that will encourage new clean energy projects to be built before the old coal plants close — not leave us scrambling after they have already closed down.”

Environment Victoria CEO Jono La Nauze said, “Building more renewables and storage is the fastest and most affordable way to meet our energy needs and have a resilient grid. This is particularly important as ageing and polluting coal-burning power stations continue to conk out in the heat,” he said.

Last summer, Victoria’s power outages were caused by unreliable coal power stations shutting down in the heat or being switched off for maintenance during a heatwave. Yallourn, described as Australia’s dirtiest power station, is also the second least reliable, with 26 outages in the last 18 months. Loy Yang A, the most unreliable power station, had 29 outages.

“The biggest threat to energy security is climate change,” noted La Nauze. “Our ageing coal- and gas-powered energy infrastructure keeps failing and breaking down in the heat.

“As global temperatures increase, extreme weather events and heatwaves will occur more frequently, putting our energy and other critical systems at risk. We must act decisively to cut climate pollution and prevent the worst impacts of global warming.”

Dan Agnew, Managing Director at Eaton, said, “The AEMO report is an important reminder for Australian businesses to check they have disaster recovery plans and backup power systems in place to ensure critical systems and data are backed up in the event of a blackout.

“Earlier this year, Eaton’s Annual Blackout Tracker report found that 1.1 million Australians were affected by blackouts in 2018 — with weather, such as extreme heat, being one of the key drivers of blackouts.

“Blackouts can result in costly downtime and productivity. We urge business leaders to start preparing now before the summer.

“Disaster recovery plans should be reviewed regularly and factor in cybersecurity threats, especially as businesses take advantage of new IoT technologies enabled by the rollout of 5G,” Agnew said.

AEMO Managing Director and CEO Audrey Zibelman said the report highlights the need for urgent action, planning and investment in the sector to deliver affordable and reliable electricity supply, particularly during the summer period.

“AEMO has already commenced work with the industry throughout the NEM [National Energy Market] and is working closely with governments to prepare for this summer by securing additional resources to meet peak summer demands. However, while expected and allowed for under current rules, we are finding this type of reactive action is imposing higher costs on consumers and risks to reliability which are not sustainable over the longer term,” Zibelman said.

“A more measured course is to take a number of deliberate actions that address the challenges of our ageing coal fleet and which meet the need for secure and dispatchable supply, whilst also taking advantage of Australia’s natural resources. We need to harness all the resources we have in the system, together with the opportunities that come with the technological advances occurring in the industry to meet current and future energy demands at the lowest cost possible,” she said.

AEMO has identified several actions that should be taken to avoid consumer exposure to an unreasonable level of risk of involuntary load shedding during peak summer periods, some of which are currently underway.