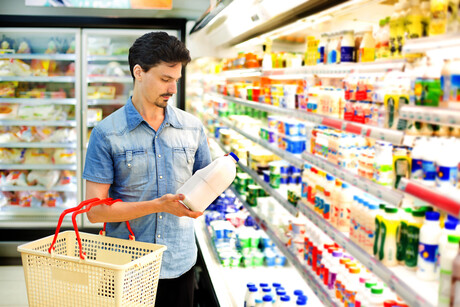 Supermarket refrigerators are consuming far more energy than necessary due to incorrectly placed thermometers, according to an accidental finding by researchers from Chalmers University of Technology in Sweden.

Tommie Månsson recently completed his doctoral project, which explored how supermarkets could function as virtual batteries in smart electrical grid systems. The findings are published in the journal Energy Efficiency. During his experiments, Månsson realised something peculiar. He saw that the thermometers regulating the temperature of supermarket refrigerators were systematically incorrectly placed, resulting in excess cooling.

”When stores switched from open refrigerated cabinets to closed ones with a door, they failed to reposition the thermometer that measures the recirculating air. Since the thermometer is placed close to the door, the air seems warmer than it actually is, leading the refrigerator to lower the temperature more than necessary. As a result the fridge uses more energy than is actually needed, and runs more unevenly,” Månsson explained.

When the researchers experimented with moving thermometers to a more suitable position within the refrigerators, thus showing a more accurate temperature, they noticed that the refrigerators consumed about 5% less energy on average. The potential improvements could affect over 3000 supermarkets in Sweden alone.

The discovery has led to an EU patent for a thermometer holder for supermarket refrigerators, making the thermometer easy to move and reposition. A start-up company has been launched to market the innovation.

Pilot tests in stores of German supermarket chain Rewe have been successful, with around 7000 thermometers repositioned. This led to a clear reduction in consumption, and a further rollout of the small thermometer holders is planned. In Sweden and the rest of Europe, the market has not yet realised the potential, despite the fact that in Sweden alone there are potentially more than 3000 stores that could reduce their consumption.

Swedish supermarkets account for 3% of Sweden’s total electricity consumption, of which refrigerators alone account for about half of this figure. The figures in Germany and the United Kingdom are similar. Further improving energy efficiency could have a huge impact in reducing energy use and the resultant carbon dioxide emissions.

“Probably the market has not yet realised what there is to gain here. In the past, stores had open refrigerators. When they put on doors, energy consumption was more than halved — a fantastic improvement. So the market seems content, despite the fact that it can improved yet further still,” Månsson said.

“Refrigerated foods are of course far more widespread now than ever before. So despite the fact that most stores have replaced their inefficient open refrigerators with more energy-efficient closed ones, it seems that, in total, the cooling systems do not actually consume less electricity than before, because the supermarkets today have so many more refrigerators.”