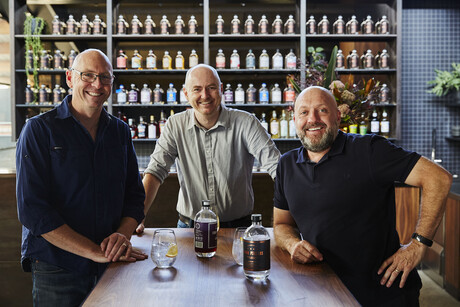 Award-winning gin producer Four Pillars is progressing towards a greener future with the installation of a 65.88 kW rooftop solar system at its Healesville distillery.

Designed by Cherry Energy Solutions, the system is expected to save the business $12,800 each year and reduce its emissions by 1600 t CO2e over the life of the project — the equivalent of powering 185 homes for a year.

“It’s an absolute ‘win-win’ for the businesses that have jumped on board,” Mayor of Yarra Ranges Council Cr Fiona McAllister said.

Sustainable Australia Fund CEO Scott Bocskay said the finance is hugely beneficial for businesses, as it covers 100% of the cost for energy-efficiency upgrades without requiring any upfront capital.

“It puts cash back in the pockets of the business owners. With terms of up to 20 years and low interest rates, the repayments are so low that the business is often making money from their upgrades from the very first year,” Bocskay said.

“Environmental Upgrade Finance just makes so much sense for local business. They get to cut their carbon emissions without having to outlay any costs whatsoever, and they even improve the value of their building.”

Four Pillars was established in 2013 by co-founders Cameron McKenzie, Matt Jones and Stuart Gregor. What started with a single copper still has now grown to become a household name, with the company winning International Gin Producer of the Year for two years running.

“Environmentally it’s 100% the right thing to do and we get great feedback from customers who walk through the door,” McKenzie said.

McKenzie said the process of financing and installing the new solar system was easy, transparent and rewarding. But the team aren’t content to stop there — Four Pillars is currently planning a $6 million expansion, designed by sustainable design firm Breathe Architecture. The distillery plans to incorporate more solar power and other waste-reduction initiatives in the new gin hub.

“If there’s an option anywhere in the business to be more sustainable, we’ll always try,” he said. “This goes for power, water, waste, recycling. We can always improve in these areas, so when it’s made very easy like our solar system, it becomes a no-brainer.”