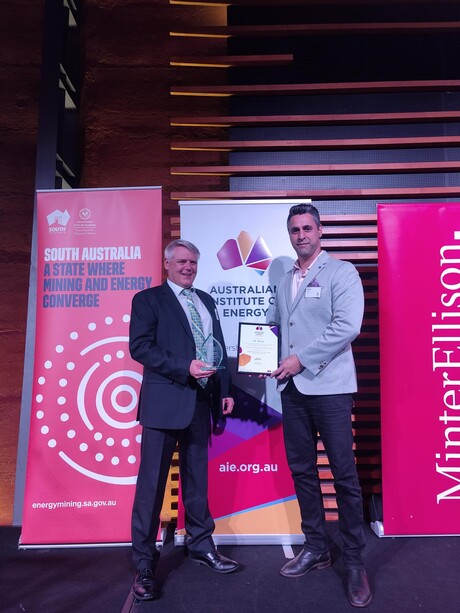 One of the largest solar initiatives in Australia’s water industry has been recognised by its energy counterparts, with SA Water’s Zero Cost Energy Future project claiming a top prize at this year’s Australian Institute of Energy (SA branch) Awards. 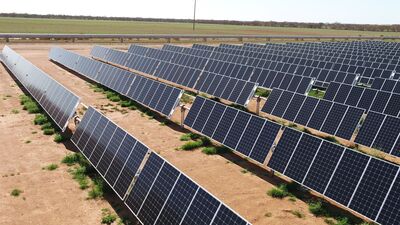 SA Water’s General Manager of Strategy, Engagement and Innovation Nicola Murphy said the award is another accolade for the ambitious project, following recent success at the 2022 Australian Water Awards.

“Having identified our ability to become leaders in proactively managing our own energy requirements in the face of a volatile energy market, our Zero Cost Energy Future initiative has taken significant strides since first commencing construction back in 2019,” Murphy said.

“Harnessing seven key initiatives encompassing solar generation, battery storage and demand scheduling, we will have the solar capacity to meet up to 70% of our annual electricity needs in an average weather and water consumption year, while selling any excess power.

“When all of our 33 solar sites are energised and connected to the national grid, the estimated 89,000 tonnes achieved in emissions reductions every year of operation will be roughly the equivalent of removing more than 32,000 cars off our roads.

“To be recognised by the state’s energy industry as Energy Project of the Year is a feather in the cap for our team and contract partners working to deliver this exciting project for the benefit of our business, our customers and the wider community.

“The entire concept for this project was formed by our own people, demonstrating the skills and knowledge that our water industry here in South Australia has to create change on a large scale.”

Top image caption: Andrew Jackson and Nima Vahidi from SA Water accepting the award for Energy Project of the Year.