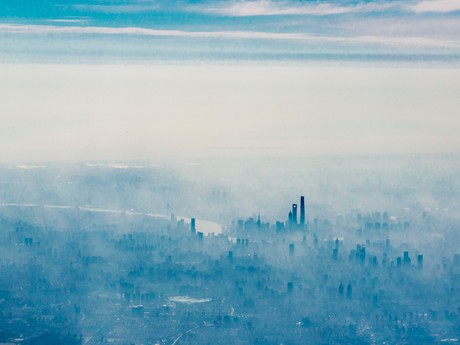 An international research team has developed an emission-free power generation method, combining biomass and coal gasification with carbon capture and storage technology. The cost-effective method combines crop residues such as sugarcane mulch with coal, in a chemical engineering process known as gasification. Coal and biomass gasification is integrated with carbon capture and storage technology to reduce CO2 levels. The project, designed to help China mitigate carbon and abate air pollution, could help countries around the world meet global emissions targets.

University of Queensland PhD candidate Liang Cao was part of the research team: “We used a simulation platform to model and assess the impacts of combining this gasification with carbon capture and storage technologies to generate an environmentally friendly power source,” he said.

“The model proved we could not only generate electricity without carbon emissions, but could also remove existing carbon dioxide from the atmosphere.”

Cao explained that carbon-negative technologies could help countries achieve the Paris Agreement goal of limiting global warming to a temperature increase of 2°C.

“We focused our modelling and analysis on China, as it is the largest manufacturing country in the world and is facing serious problems around air pollution and huge carbon dioxide emissions. Our paper provides critical insights for designing a strategy in China to harness air-quality benefits while laying the foundation for achieving negative carbon emissions in the long run.”

Tsinghua University Associate Professor Xi Lu commented that with full implementation of a carbon market in China, low-carbon technology could prove to be more economical than existing coal-fired power plants.

Cao said the study results could be applied in countries such as Brazil and India, which also face serious air pollution from biomass burning, and “could also provide Australia with a smooth transition from high-carbon emission electricity production to low-carbon emissions”.

The research paper is published in Proceedings of the National Academy of Sciences of the United States of America.