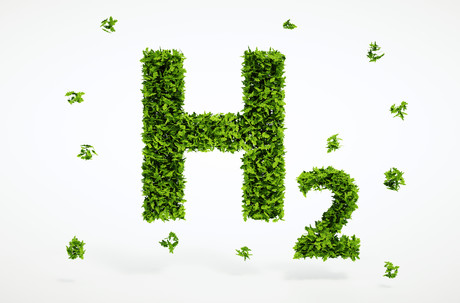 Australia has the opportunity to become a global hydrogen leader, creating world-class centres of excellence in hydrogen technology and research, with the announcement of a new industry-led hydrogen cluster to be delivered by NERA (National Energy Resources Australia).

The Hydrogen Industry Cluster is set to drive crucial collaboration across the emerging hydrogen value chain, building the scale and capabilities of existing industry start-ups, scale-ups and SMEs, and further leveraging and developing their technologies that will sustain a clean, innovative, competitive and safe hydrogen industry. The cluster will also connect cluster members with leading Australian research organisations, supporting the commercialisation of their IP in Australia, creating high-value jobs, securing investment and ultimately supporting hydrogen exports driven by a world-leading hydrogen supply chain of technology solutions and services.

The Hydrogen Industry Cluster forms a key part of the National Hydrogen Strategy released by the Council for Australian Governments (COAG). The strategy has been developed to create the necessary social and regulatory framework that allows the hydrogen industry to expand, and sets out the foundations needed for Australian businesses to develop a vibrant hydrogen industry that benefits all Australians, while meeting safety and community standards. The aim of the strategy is to:

NERA CEO Miranda Taylor said as the country’s independent Industry Growth Centre for energy resources, NERA welcomes the release of the National Hydrogen Strategy and will continue to support Australian governments in harnessing this significant opportunity for Australia’s energy future.

“While the global hydrogen economy is still embryonic, action is needed now to ensure Australia captures the significant opportunity to help shape the production and use of hydrogen and become a leading source of hydrogen knowledge and solutions,” Taylor said.

“Now is the time to connect and build our underlying hydrogen knowledge economy and help our local innovators overcome barriers to market activation through collaboration between industry, governments, researchers, innovators and SMEs.

“Through this cluster formation, we are uniquely positioned to build on Australia’s existing LNG knowledge, technological capabilities and infrastructure to tap into existing innovator networks to ensure that Australia is a major player in a global hydrogen industry by 2030, including emerging opportunities to be a supplier to markets in Asia.”

The strategy is the result of comprehensive policy development that commenced in March 2019. Led by Australia’s Chief Scientist, Dr Alan Finkel, the National Hydrogen Taskforce designed a process that incorporated a number of opportunities for public input.

Global professional services company GHD was one contributor to the strategy, through a detailed response including international perspectives from its teams in Australia, USA, Canada and the UK. Global Leader – GHD Advisory Richard Fechner has since welcomed the strategy’s release, saying it comes at an important time in a global energy transition.

“The race to harness the potential of hydrogen is on with Australia ideally placed to maximise our natural resources and available land, as well as our proximity to rapidly growing hydrogen markets such as Japan, South Korea and China,” Fechner said.

“The hydrogen opportunity is founded on its beneficial and unique qualities; it is versatile, light, storable and can be produced from renewable resources such as solar and wind — which Australia has in abundance. It is a highly efficient carbon-free energy carrier that produces no CO2 or any other greenhouse gas when used.

“GHD is proud to be at the forefront of real-time hydrogen project developments and policy discussions globally — we’re not just passionate about enabling a hydrogen industry, we are central to it.”