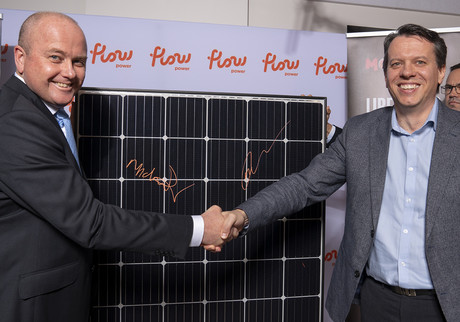 Molycop has signed a long-term power purchase agreement (PPA) with energy retailer Flow Power, to make it one of the largest purchasers of renewable energy in Australia. Molycop expects to offtake 100,000 MWh of renewable energy each year, enough to cover more than half of its electricity consumption in NSW.

In Australia, Molycop manufactures and supplies high-quality products and services to the mining and rail transport industries.

Molycop Australasia President Michael Parker said the agreement is an important milestone for Molycop. “It not only provides strong support to Australia’s pipeline of renewable energy infrastructure projects that will also benefit the wider community, but also enables us to gain greater control over volatile energy costs,” he said.

Many Molycop customers have a strong focus on building sustainable and responsible operations. This focus and expectation also extends into their supply chains. By entering this long-term agreement, Molycop wants to support the transition to renewable energy, which will also substantially reduce carbon emissions associated with electricity generation.

“From a sustainability standpoint, Molycop is not only supporting two important renewable energy projects, but we are further enhancing our credentials as a responsible and sustainable organisation,” Parker commented.

“We already utilise 95% recycled feed for our steelmaking process, material that would otherwise be exported, and we are offering customers an expanding range of recycling services,” he said.

Flow Power’s offer of both wind and solar offtakes, access to the ARENA Demand Response program, as well as its energy sourcing and forecasting expertise attracted Molycop to partner with the energy provider.

“It’s fantastic to see Molycop take the next step on their energy journey. By combining renewable offtake and demand response, our unique model will futureproof energy needs while supporting the changing energy system.”