Large-scale batteries to be connected to the Victorian grid 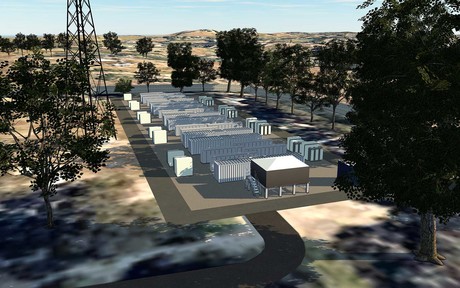 The Victoria Government has commissioned two large-scale lithium-ion batteries to be connected to the grid, in what has been called the most sophisticated energy storage initiative in Australia.

The initiative will be strategically located and will provide backup power and grid-stabilisation functions — vital to maintaining a reliable and affordable energy supply for Victoria — as the grid transitions. The two projects are being delivered by private consortia Edify Energy and Spotless Sustainability Services, with $25 million from the Victorian Government and matched funding from the Australian Renewable Energy Agency (ARENA).

Together, the two projects will deliver 55 MW of power and provide approximately 80 MWh of energy storage capacity. The goal is to help ease constraints on transmission lines in Western Victoria that currently curtail the output of existing wind and solar farms and will also help to support future renewable generation.

A 25 MW/50 MWh battery will be integrated with the existing 60 MW Gannawarra Solar Farm, south-west of Kerang, and will store renewable energy produced on-site. It is set to be the largest integrated battery and solar farm in Australia, capable of operating at full capacity for 2 h or providing power to at least 800 households for 24 h. This battery will be owned by Edify Energy and its partner Wirsol, and the battery will be supplied by Tesla.

The second battery is a 30 MW/30 MWh system connected directly to a vital grid intersection at an existing substation at Warrenheip, near Ballarat. It will not only capture excess energy generated from renewable sources in the region and ease transmission congestion, but also reduce the need to expand the substation, powering up to 20,000 households for one hour during times of peak demand. The project will be led by Spotless Sustainability Services, with the battery supplied by Fluence and owned by AusNet.

“These two large-scale, grid-connected batteries will play a key role in delivering more affordable and reliable energy for Victorians,” said Federal Minister for the Environment and Energy Josh Frydenberg.

“They will not only allow currently unused renewable energy to be stored instead of wasted, but also inject electricity into the grid at times of peak demand in an area known for transmission congestion.

“Together, they will help lower power prices and stabilise the grid.”

The batteries will be operated by EnergyAustralia under long-term offtake agreements. Construction has already begun, with both projects expected to be operational in time for next summer’s peak.