Kazakhstani researchers on track to power trains with wind 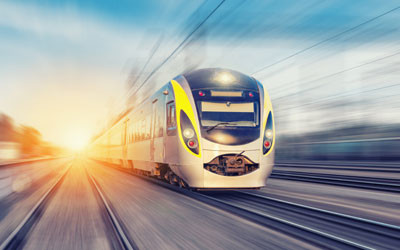 Researchers from Nazarbayev University in Kazakhstan’s capital of Nur-Sultan are developing a solution to reduce carbon emissions using the wind generated by moving trains.

Much of the world’s current rail networks rely on diesel-powered trains, which are contributing to carbon emissions and accelerating global warming. Global researchers are therefore investigating reliable alternative sources of renewable energy to power railway systems throughout the world.

Solar power is often at the forefront of renewable energy considerations; however, School of Engineering Associate Professor Mehdi Bagheri noted that solar panels are vulnerable to efficiency reductions caused by particular weather conditions.

“Solar energy is a viable source of renewable energy, and we originally considered mounting solar panels on top of trains. However, solar panels can be impacted by precipitation such as dust from travelling or snow and rain. This heavily reduces the efficiency of the panels and reduces the amount of potential energy we could harness,” Prof Mehdi said.

“These turbines would use the wind created by fast-moving trains to generate energy, which can then be used to power parts of the train itself, from electrical systems and heating to TV and air conditioning,” Nurmanova said.

The energy output from the wind turbines is thought to be much more efficient than diesel power, saving up to 80% of energy use.

The feasibility study produced promising results, with the next stage involving application of the wind turbines to a small moving object, such as an electric vehicle, before being carried out on a full-scale train carriage.

The researchers hope that mounting wind turbines on the roofs of trains will lead to decreased greenhouse gas emissions and improved fuel economy, reducing the negative impact that railway travel is having on the planet.

Amazon has positioned itself as the largest corporate purchaser of renewable energy, announcing...

Large transporter protein may be linked to schizophrenia