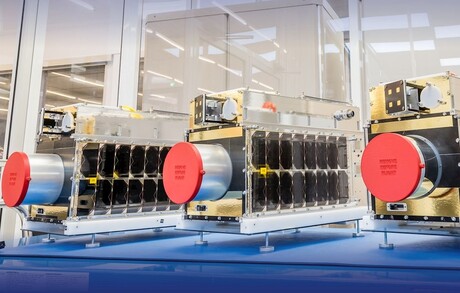 With ABB’s optical sensor technology, the GHGSat team is able to locate and measure methane emissions from any given industrial site on earth. The launch of the three new high-resolution methane sensors doubles the company’s capacity to monitor customer sites. In addition to the three units being launched — Luca, Penny and Diako — six additional units are under fabrication at ABB.

Space is the only location allowing emissions to be monitored freely across jurisdictions with reporting on improvements or otherwise. Measuring different sites with the same sensor ensures that emissions are compared consistently. Space measurements are also especially useful for sites where ground sensors are economically not viable or too complex to deploy.

According to the International Energy Agency, methane is responsible for around 30% of the rise in global temperatures since the Industrial Revolution, and rapid and sustained reductions in methane emissions are key to limiting near-term global warming and improving air quality1.

“Satellite data is critical for stakeholders globally to take immediate action for a sustainable future,” said Stephane Germain, CEO of GHGSat. “The first full year of commercial operation for GHGSat satellites confirmed the impact our technology can have. We’re excited to double our capacity and accelerate the change needed to make a difference for our planet.”

“This is an exciting milestone for our team as we witness the efficiency of applying our serial production know-how to space-sensors manufacturing, which in the past have been mainly one-off contracts,” said Marc Corriveau, General Manager ABB Measurement & Analytics Canada. “Not only does this set new standards in our space offering for the private sector which is growing at a rapid pace, but it also allows us to expand our expertise and solutions offering.”