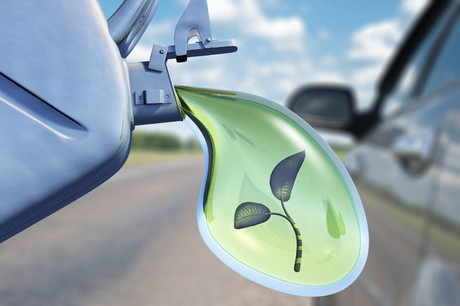 Bioenergy Australia has welcomed the federal government’s commitment to develop a roadmap to enhance the growth of Australia’s bioenergy sector and identify the role bioenergy can play in Australia’s future energy mix. The announcement, made by Federal Minister for Energy Angus Taylor, will be seen as a turning point for the industry.

Minister Taylor has requested that the Australian Renewable Energy Agency (ARENA) develops the roadmap to ensure that bioenergy has the scope to expand as an energy source in Australia.

“We want to grow this emerging energy source and the roadmap will help to inform future policy decisions in the bioenergy sector,” Minister Taylor said.

“It’s important to support new and emerging energy sources like bioenergy so that we can continue to deliver extra energy supply to the market, drive down energy prices for families and businesses, and lower emissions.”

The Bioenergy Roadmap — part of the government’s commitment to reduce Australia’s emissions by 26–28% below 2005 levels by 2030 — will assist with investment decisions by quantifying opportunities where Australia has a competitive advantage in the bioenergy sector.

Leading bioenergy industry stakeholders will be consulted on the development of the roadmap, with broader industry consultations to be held in early 2020. Finalisation of the roadmap is expected by mid-2020.

Bioenergy Australia has also welcomed the support of the Queensland Government and the Minister for State Development Cameron Dick.

A recently released market analysis and forecast report by the International Energy Agency predicted modern bioenergy will have the biggest growth in the next five years, driving 40% of global energy consumption growth and, with the global aviation sector setting a 50% reduction in emissions by 2050, it is predicted that over 300 million tonnes of biojet fuel will be required per annum. Australia doesn’t want to miss the opportunity for building regional resilience and jobs while also decarbonising sectors such as transport, industrial and agriculture.

Bioenergy Australia released the Bioenergy State of the Nation report (produced in collaboration with KPMG) in late 2018. The report identifies the opportunity for Australia as significant and multi-faceted, offering a $3.5–5 billion investment opportunity, mostly in regional economies.

Biogas is currently the cheapest option for decarbonisation of energy currently provided by gas networks. Current policies such as the Renewable Energy Target (RET) favour the use of biogas for electricity generation rather than injection into the gas network. However, enough biogas potential exists to meet all residential and commercial gas demand on the east coast. The cheapest form of biogas feedstock (urban waste, livestock residue and food waste) is currently sufficient to meet around 14% of energy used from gas.

Australia currently lags well behind other nations in the production of biofuels and the knock-on benefits. A local biofuels industry could create over 8000 direct and indirect jobs, contribute over $1.1 billion annually to regional economies and reduce particulate matter in our air. The development of this local industry would also enhance domestic fuel security, support waste reduction and reduce emissions.

What the roadmap will consider: