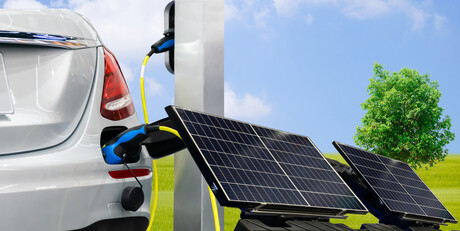 A new report released by energy think tank Rewiring Australia shows that Australian households could vastly reduce their energy bills through electrification, and cut domestic emissions by around one-third by 2030.

Rewiring Australia’s inaugural report, ‘Castles and Cars: savings in the suburbs through electrifying everything’, presents modelling which shows electrification will save the average household $5000 on power and the cost of owning cars and appliances by 2030. This would be achieved by replacing conventional cars and appliances with electric vehicles, solar, batteries and efficient appliances such as heat pumps for hot water and heating and cooling.

Dr Saul Griffith is the founder of Rewiring Australia and co-founder of Rewiring America — a key architect of the Biden Administration’s electrification agenda and winner of the prestigious Macarthur Fellowship. According to him, “No nation is better placed to seize th[e] opportunity for cheaper energy, self-reliance and cleaner air than Australia.

“Australians already lead the world in harvesting solar electricity; now we have the technology available to use it,” Dr Griffith said. “With modest public investment in our homes, cars and communities, we can electrify everything without sacrificing our way of life. If we embrace this shift now, we can enjoy cheaper, cleaner, healthier energy, and win the global decarbonisation race.

“It is now well understood that the vaccine for climate change is electrification. As with COVID, we do better by going hard and going early. Australian households will save on energy and money with this electrification vaccine.”

Electrification of households would reduce domestic emissions by around 33%, the new report claims. This could be achieved by 2030, which means Australia can pledge a higher 2030 target at the Glasgow climate conference. Australia is already the world leader in rooftop solar, with around three million solar households, and the authors believe this gives the country a head start in electrification.

The modelling uses published data that predicts dramatic cost reductions in battery, EV and efficient electric appliances. Dr Griffith and his co-authors project that the finance and running costs of a ‘rewired’ home will soon be cheaper than one with a petrol car and conventional gas and electric appliances. All-electric homes, appliances and vehicles will be the cheapest option by mid-decade, they claim.

Whole home electrification of Australia’s housing stock will be an economic win for all households mid-decade, Rewiring Australia says. Governments should be developing workforce capacity, industrial supply chains and grid integration immediately to enable Australia to lead the world in decarbonising.

The paper argues that Australia could consolidate its solar lead and drive rapid decarbonisation via the following:

The paper predicts that cumulative public investment would peak at $12 billion in 2025 before delivering savings of $40 billion per year by 2030.

1414 Degrees has been working with Woodside to assess the commercial potential of SiBox, which...

A multimillion-dollar carbon capture renewable energy venture has been signed to produce green...