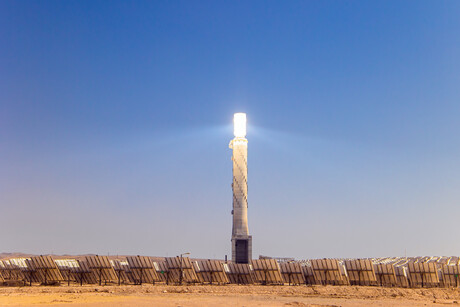 The Energy Security Board (ESB) has released a report outlining its potential approaches to a capacity mechanism for the National Energy Market — that is, a means of guaranteeing that electricity supply is sufficient by paying providers to have the necessary capacity for the network’s needs.

The capacity mechanism is a response to Australia’s changing and increasing energy needs; more power is predicted to be needed in the future and the country is adopting more forms of renewable energy that inherently have variability in their power generation abilities. In order to guarantee that the electricity network can provide power to consumers at all times as required, the capacity mechanism would see energy producers being paid to keep the network powered, to cope with increased demands and cover gaps from the production of renewable energy.

Particularly, it was suggested that concentrated solar thermal power (CSP) could have an important role in the capacity mechanism as it would be able to supply power at night without producing emissions. This method of power generation sees sunlight converted directly into heat during the day, with this heat stored for later use. When energy capacity is required, the heat would be used to spin electricity-generating turbines to produce power.

ASTRI and AUSTELA argue that CSP would be able to complement and enhance existing solar energy and wind systems by providing energy at times when wind or sunshine is not able to generate electricity. This would mean that renewables can provide power at all hours of the day, without the use of fossil fuels for generation. In their response to the ESB report, ASTRI and AUSTELA said they believe without the use of technologies like CSP, it will be impossible to both decarbonise and produce sufficient energy.

The Energy Security Board’s discussion report on the capacity mechanism is available online.

Black & Veatch has joined the Australian Hydrogen Council, the peak body for the hydrogen...