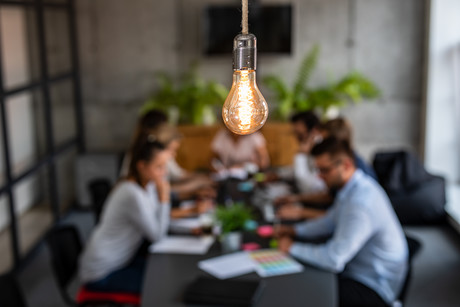 Researchers from Australia and China are working together to solve the challenge of fluctuations in electricity demand. To facilitate the research, the Australia-China Joint Research Centre for Energy Informatics and Demand Response Technologies has been established, receiving a grant of $900,000 from the Australian Government to investigate how to make energy supply more efficient and reliable.

Led by Professor Albert Zomaya, Associate Professor Jin Ma and Dr Wei Li from the University of Sydney and Professor Chengshan Wang and Professor Ting Yang from Tianjin University in China, the centre follows on from almost a decade of research collaboration between the two universities on energy solutions.

The research teams are working with State Grid Corporation of China and Energy Australia to run a pilot program using the smart meters they have developed. The meters draw on energy consumption data and combine it with the Internet of Things — internet connectivity in everyday devices — to adjust household energy usage, making it more efficient and cost-effective. The smart meters can detect when electricity demand is at its peak and most expensive and adjust household electrical devices accordingly.

“Currently, the energy systems in Australia and China suffer during periods of peak demand. We need to even out the demand for energy, so we don’t see the big peak demands on the system,” said Professor Albert Zomaya, lead researcher from the University of Sydney’s School of Computer Science.

“This will mean our energy providers can improve the flexibility and reliability of the energy system as a whole. The centre will provide a good platform for carrying out this interdisciplinary research, which has the potential to help consumers save energy and lower their energy bills,” he said.

Focusing on interdisciplinary research in computer science and engineering, the centre will use state-of-the-art computer science techniques to better manage energy usage in households. The new integrated system will be able to account for peak energy demand times and adjust a household’s electrical use accordingly.

According to World Energy Outlook, China is currently the world’s largest energy consumer and, without further action on energy efficiency, will account for nearly 22% of the primary global energy demand in 2040.

Professor Chengshan Wang, Head of School of Electrical and Information Engineering at Tianjin University, said, “The joint centre with the University of Sydney has significant scientific value that we believe will produce innovative results in the energy field.”

Tianjin University’s Professor Ting Yang added, “We hope the centre will act as a vital link to our researchers and the public, and make important contributions to the development of new energy technologies in both countries.”

The partnership between the University of Sydney and Tianjin University has already yielded an international patent proposing a computational method for using Internet of Things devices with an enhanced data processing technique to efficiently collect data from distributed grid systems.