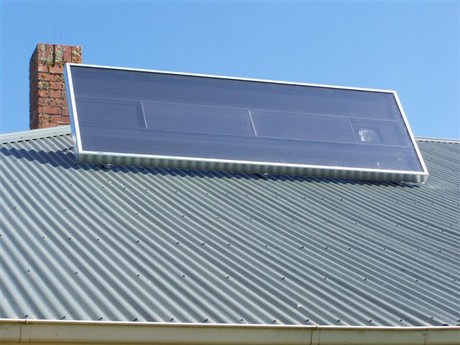 A Massey University construction professor was recognised at the 2016 New Zealand Institute of Building Awards for her work on a solar heating project in New Zealand schools.

Professor Robyn Phipps was highly commended for the James Hardie Innovation Award for her leadership on the project, funded by the Health Research Council of New Zealand and Lottery Health. The aim of the initiative was to improve health and indoor climate in low-decile classrooms with a low-cost solar ventilation unit.

Nine out of 10 New Zealand classrooms are naturally ventilated through open windows. But due to the combination of a high density of occupants and a reliance on natural ventilation, it is challenging to provide these classrooms with adequate ventilation — and, consequently, an acceptable indoor air quality (IAQ) — during the winter months.

Conventional mechanical ventilation systems are capital- and energy-expensive, and are therefore not affordable for most NZ schools. Consequently, an alternative and affordable method for increasing classroom ventilation rate in winter is needed. Professor Phipps’s project found such a method in a solar air heater from Danish company SolarVenti.

“As schools’ operating hours coincide with peak daylight hours needed for solar heating, it is common sense to use free solar energy for heating the air,” said Professor Phipps. “However, this is a novel concept in most countries.” 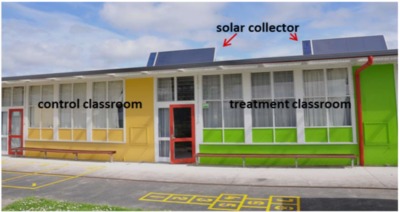 Results suggested that classrooms with roof-mounted solar ventilation units require less conventional heating than adjacent classrooms, reducing the cost of heating in schools by up to 2.5 times. An air quality test, conducted in association with GNS Science, meanwhile found that the solar ventilation unit had a positive impact in decreasing PM10 (particulate matter smaller than 10 µm) concentrations by a factor of 1.5 in the treatment classroom.

The study is also using genomics to identify bacteria collected by swabs taken from the children’s throats, which acts as a measure of the trial’s success in reducing student illness. “Analysis of the data is ongoing,” said Professor Phipps, “but it could be an effective tool in reducing incidents of Streptococcus within New Zealand schools.”