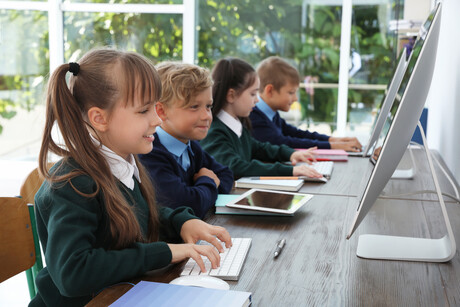 More than 100 Catholic schools across Brisbane and South East Queensland will be powered by 100% renewable energy with zero net carbon certification thanks to a Power Purchase Agreement (PPA) between Brisbane Catholic Education (BCE) and ENGIE Australia & New Zealand.

The PPA will supply electricity from ENGIE’s renewable energy portfolio across Australia, aggregating around 26,000 MWh/y of the key loads of Catholic Archdiocese of Brisbane buildings, which includes 115 schools and key Archdiocese and Centacare Catholic Family Services sites.

The key requirement for BCE was to secure a long-term electricity supply agreement that provides immediate cost savings as well as a clear environmental benefit — something the ENGIE PPA was able to deliver.

Beyond Brisbane, St Augustine’s College in Greater Springfield will be one of the Catholic schools benefiting from the new agreement. The PPA will accelerate the school’s integration into ENGIE and Springfield City Group’s ‘Zero Net Energy Roadmap’, which will see the entire Greater Springfield area powered by 100% renewables by 2038.

“It is fantastic for ENGIE to be able to support Brisbane Catholic Education to go 100% renewable,” ENGIE ANZ Executive General Manager of Energy Management Andrew Hyland said. “We are working with a diverse range of businesses to accelerate their carbon-neutral transition; schools and public buildings are at the centre of our communities and play an important role in leading our net zero energy transition.

“This deal shows how education authorities, not just large businesses, can benefit from renewable PPAs on price and stability while also going 100% renewable.”

Deputy-Executive Director Dr Doug Ashleigh said the partnership was an important step towards realising energy sustainability goals for schools and living BCE’s commitment to Laudato Si — the Vatican’s document outlining how we need to care and protect the environment.

“We educate our students about the importance of environmental sustainability, so it is great to show that we are modelling this by moving to renewable energy sources to power our schools,” Dr Ashleigh said. “We consider it a win for the environment and a win for school budgets as it will help reduce power costs.”

The Director of Property and Building for the Archdiocese of Brisbane, Patrick Lane-Mullins, said this had been an extremely worthwhile procurement exercise.

“It will result in the majority of the larger energy-consuming assets being not only under the single service provider, but also being 100% renewable,” he said. “This is a great step forward in reducing our carbon footprint.”