Logging leftovers could be used for sustainable biofuel 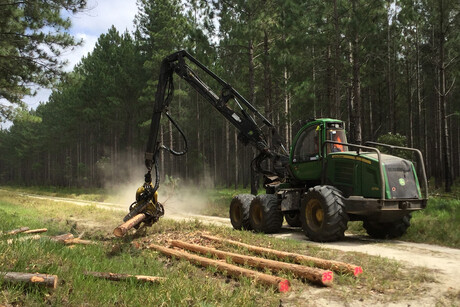 Researchers at the University of the Sunshine Coast have published a paper showing that waste from the pine-logging industry could be used as a biofuel thus reducing carbon emissions.

The tops of trees and stem wood that are left behind after pine trees are harvested are considered waste but the researchers from the Forest Research Institute suggest that the leftovers from South East Queensland’s pine plantations represent an opportunity to be repurposed for use in energy production as a biofuel if they are properly used.

For example, if the 8000 dry tonnes of waste from the Toolara-Tuan Forest Estate site alone was burned or processed to replace coal-fire electricity, carbon emissions could be reduced by over 20,000 tonnes each year.

“Currently, there is some use of mill waste to generate bioenergy in Queensland’s commercial forestry industry, but our study found that this could be expanded to include large quantities of harvest waste, which is in plentiful supply,” said Leanda Garvie, the paper’s first author.

“There is strong industry interest and a ready market, and the technology to achieve this scale is already well established in places such as Europe.

“Plantation forests are a great example of renewable biomass. As we regrow the forest, the trees draw carbon dioxide out of the atmosphere, produce timber products that store the carbon throughout their lifetime and can also be a source of a renewable energy replacing fossil fuels.”

The full paper is published in the Forests journal.