In the early hours of 1 March 2015, Innovative Air Solutions and Gillespie Cranes began a 15-hour operation to remove two outdated air-conditioning units from the server room of iPrimus Telecom, located on Bridge Street in Sydney. The units were replaced by one super-efficient magnetic bearing chiller utilising the ozone-friendly refrigerant R134a.

Con Giannopoulos, from iPrimus, said the company’s operations are “completely dependent on the air-conditioning equipment meeting required capacity”. Not only were the old units noisy and power-hungry, but they also used the ozone-depleting refrigerant R22, which will be phased out in Australia from next year in alignment with the Montreal Protocol on Substances that Deplete the Ozone Layer. 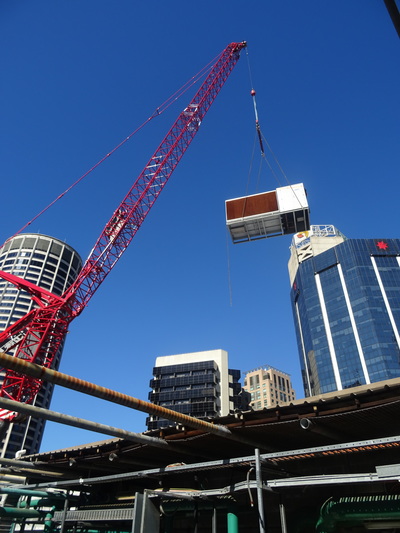 Scott Dredge is the business development officer at Innovative Air Solutions, which has maintained the air conditioning for iPrimus for five years. He explained that the company is “replacing the old units with an air-conditioning unit supplied by a Melbourne-based company, Powerpax, which uses an Australian-designed magnetic bearing chiller from Turbocor”.

“The magnetic bearing mechanism means that the unit is super-efficient, almost silent, doesn’t require oil for lubrication and reduces the drain on the power grid by almost 50%,” he said. The mechanism also means that any future refrigerant replacement can easily be carried out - unlike current refrigerant replacement, which is a very involved operation that can result in gas leakages and lower efficiency. 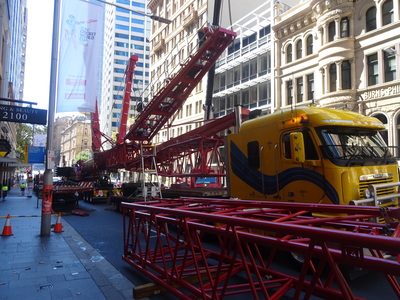 Without reliance on oil, the chillers have a range of advantages over conventional products. A chiller’s COP efficiency would typically diminish over time due to oil coating the tubes and increasing the thermal resistance between the refrigerant and the water in the tubes. The Powerpax chillers, on the other hand, have the same efficiency all the time.

Oil management issues also make it difficult for conventional chillers to run at light loads for long periods of time. The new chillers can operate continuously at 10% of full load with no operation issues and without significant drain to the power grid. This is particularly significant for iPrimus, which needs constant cooling in its server room.

The product features multiple compressors, so if one compressor is offline the other compressors continue to operate unaffected - even if one needs to be removed totally from the chiller. With a low rate of 5 starting amps per compressor, drain on the power grid is minimised.

The equipment upgrade was no mean feat. Bridge Street was shut down for 15 hours while a 350-tonne crane assisted with the removal and installation of the respective air-conditioning units. But the long-term impact on both the environment and iPrimus will be substantial, with the latter enjoying lower running costs and improved reliability as a result of the project. Innovative Air Solutions will also recycle all of the redundant equipment, including the refrigerant, in accordance with authority requirements.

What labs designers need to know about equipment planning