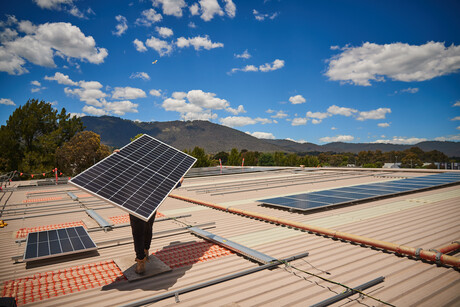 Henkel Australia is now entirely reliant of renewable energy at its adhesive plants in Seven Hills, New South Wales, and Kilsyth, Victoria, as it uses electricity from renewable energy sources to power these sites.

Now equipped with more than 2000 solar panels on their rooftops and through the use of renewable energy contracts, the sites are expected to reduce carbon emissions by 50% over the previous year.

“Globally, Henkel is accelerating its climate actions. In line with this, we have successfully switched to using 100% renewable electricity to power our adhesive plants in Australia,” said Daniel Rudolph, President of Henkel Australia and New Zealand. “In tandem, we are exploring more ways to improve energy efficiency and decarbonise our operations as we progress towards becoming a climate positive company.”

Henkel aims to reduce the carbon footprints of its sites globally by 65% come 2025 and hopes to generate 100% of its energy from renewable sources.