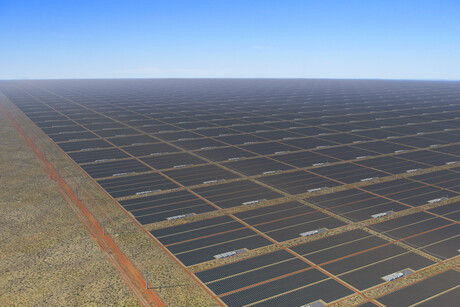 AAPowerLink, said to be one of the world’s largest renewable energy projects, is being developed to provide renewable electricity to Darwin and support Northern Territory’s ambition to develop an AU$40bn economy by 2030. It will be a high-capacity solar generation, storage and transmission system that will supply dispatchable renewable electricity from the Barkly Region of the Northern Territory to Darwin and Singapore markets.

Michael Gunner, Chief Minister, Northern Territory Government, said, “The Australia-Asia PowerLink will inject $8 billion into the Australian economy, with most of it being spent right here in the Northern Territory.” Sun Cable has established an office in the Territory and employed more than a dozen Darwin firms for initial works, and the project will continue to create more jobs and opportunities for Territorians, Gunner said.

Sun Cable will integrate a range of technologies and infrastructure to develop a 17–20 GWp solar farm in the Northern Territory. It will be supported by a 36–42 GWh battery and approx. 4200 km undersea high voltage direct current (HVDC) cable system from Darwin to Singapore. AAPowerLink’s total carbon emissions abatement is estimated at 8.6 million tonnes of CO2e per year.

Construction for the project is expected to begin from late 2023, with first supply of electricity to Darwin in 2026 and to Singapore in 2027 (full capacity by end of 2028).

David Griffin, CEO, Sun Cable said, “To secure the support of these globally recognised experts is an important vote of confidence in the significance and feasibility of Sun Cable’s Australia-Asia PowerLink. Sun Cable is proud to have the expertise of Bechtel, Hatch, SMEC, Marsh and PwC Australia reinforcing our team as we deliver this game-changing infrastructure for Australia, Indonesia and Singapore. This project is designed to significantly accelerate the carbon zero ambitions of the region and we have brought together a dream team to bring it to fruition.”

Following the recent granting of the subsea cable route recommendation from the Indonesian Government and approval to undertake the next stage of the subsea cable survey, the appointment of the Integrated Project Delivery Team (IPDT) is the next key milestone in delivering reliable, renewable energy from Australia to Asia, according to Sun Cable. In recognition of partnership with the NT Government, the company signed a Project Delivery Agreement with the Chief Minister, Michael Gunner MLA, and was granted major project status in Jul 2019. Sun Cable is engaging with the First Nations stakeholders inclusive of Traditional Owners, recognised Native Title Owners, neighbouring communities and Land Councils.

The AAPowerLink will also be capable of supplying up to 15% of Singapore’s electricity needs, with full capacity available from 2028. Sun Cable’s modelling shows AAPowerLink could reduce Singapore’s emissions by 6 million tonnes per year, matching the entire climate abatement gap in Singapore’s announced 2030 targets.

Sun Cable expects the project will generate up to AU$2 billion a year in exports for Australia, and forecasts the potential to employ tens of thousands directly and indirectly in Australia, Indonesia and Singapore.

James Phillis, CEO, SMEC Australia and New Zealand, reminded that SMEC company has its origins in the iconic Snowy Mountains Hydroelectric Scheme “and we have ever since continued our renewables journey, becoming leaders in solar and hydro-electricity. From inception, we have partnered with our clients to help them transition to a more renewable future.

“The Australia-Asia PowerLink will be the world’s largest solar energy infrastructure network and will be a game changer for the renewable energy sector worldwide. As a member of the project delivery team, SMEC is excited to be a critical force in bringing this project to life — as a key technical partner SMEC will be harnessing our solar and renewables expertise and innovation to deliver a project of this size, scale and importance.” 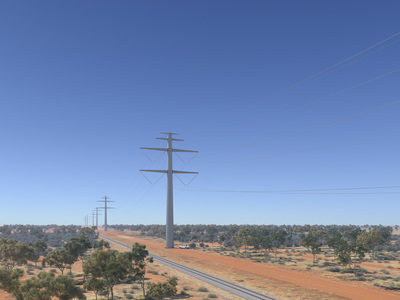 PwC Australia CEO Tom Seymour said this complex and ambitious project is unlike anything previously developed. The project will make a generational impact on Australia and Singapore, Seymour said.

“AAPowerLink is spread across three jurisdictions, including Singapore and Indonesia, and requires a new and innovative project delivery team model to get it done. We are delighted to be joining forces with four highly-regarded global firms to bring AAPowerLink to life.

“AAPowerLink will help solve Australia’s carbon emissions footprint, provide once-in-a-lifetime economic opportunities for communities including First Nations Peoples across the Northern Territory and supply chain businesses across Australia. It will pave the way for a new Australian export industry that will create jobs and change lives,” Seymour said.