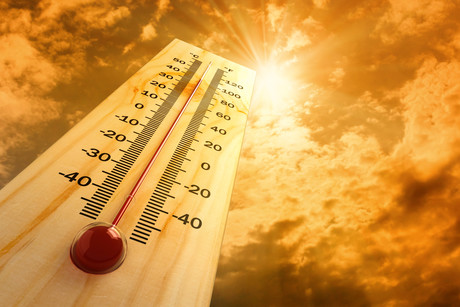 An Australian invention is set to save businesses hundreds of thousands of dollars in energy bills with the touch of a button. Now, one year after its successful rollout in the US, the system is finally coming home.

The Zen HQ energy management platform, manufactured by Zen Ecosystems, uses smart Zen thermostats installed across multiple store locations that can be controlled remotely through a central portal. The system is particularly beneficial for multisite businesses such as retailers, franchisers, hoteliers and commercial property developers.

US retailer National Stores is a family-owned retail chain headquartered in Los Angeles, California, with more than 360 locations in 22 states and Puerto Rico. Without an energy management system in place, all energy control was the responsibility of store managers, who would often forget to turn off lights and heating and air conditioning (HVAC) systems, significantly adding to each store’s operating expenses and leading to system failures during hot summer days.

Like many other multisite commercial businesses, National Stores had been deterred from adopting an energy management system as the company believed them to be disruptive, costly, slow to show ROI and a huge undertaking due to the required infrastructure. The company was, however, persuaded to deploy the Zen HQ smart thermostat system across its store locations, and soon found that it was able to quickly and inexpensively control energy consumption at the touch of a button.

“We put about 20 thermostats in our corporate office building, which holds about 200 employees. We installed the system in August, so the first full month it was in use was September,” said Lee.

“I looked at the electricity usage bill from this September and compared it to September, which is in our hot time here in southern California, from prior years. We had a consistent record of paying an average of about $10,000 a month every September. After we put the Zen system in, it was $2500 lower; that’s a 25% saving right off the top.”

On top of this, the system saves money that would otherwise be spent on HVAC maintenance. He noted, “In a lot of the stores the employees have been leaving the HVAC system to run all day, all night and all week, which causes our HVAC systems to fail.

“This system prevents that, because we set the schedule. Here at headquarters, we’ll decide when it turns on and when it turns off. Having this kind of total control means first, we’re saving in the electricity bill, and second, we’re going to save on maintenance by not over-running our HVAC units.”

Installation has now been rolled out to all 360 stores, with no interruption to business operations and no modifications to the building and existing wiring. According to Lee, “Installation has been a snap and, since it’s so easy to use, we’re already making a big dent in our electricity bills.”

The Zen HQ was one of a handful of projects which recently received a multimillion-dollar grant from the Australian Renewable Energy Agency (ARENA). Businesses signed up to the system have the option to receive incentives to reduce power usage in peak demand times, easing the strain on the national power grid.