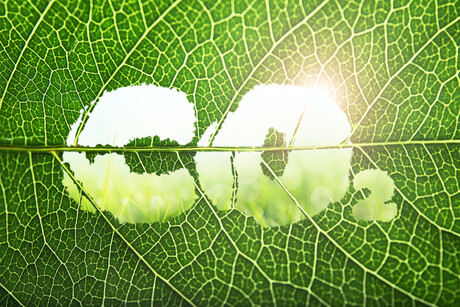 University of Cambridge researchers have developed a low-cost, battery-like device that uses sustainable materials and can absorb carbon dioxide from the atmosphere while it charges. The small device is a supercapacitor similar to a battery, and is made of materials like coconut shells and sea water.

The device consists of two electrodes of positive and negative charge and relies on a principle called supercapacitive swing absorption (SSA). This is where a supercapacitor sucks up carbon dioxide while charged and exposed to the gas at the same time. The principle was only recently discovered but is attractive to researchers, who are drawn to its low power requirements in comparison to carbon scrubbing techniques, which use a lot of energy. The Cambridge device uses a different technique for SSA than previous models, resulting in it absorbing a higher level of carbon dioxide.

“We found that that by slowly alternating the current between the plates, we can capture double the amount of CO2 than before,” said Dr Alexander Forse from Cambridge’s Yusuf Hamied Department of Chemistry, who led the research.

“The charging–discharging process of our supercapacitor potentially uses less energy than the amine heating process used in industry now,” said Forse. “Our next questions will involve investigating the precise mechanisms of CO2 capture and improving them. Then it will be a question of scaling up.”

Supercapacitors are similar to batteries, in that they can store energy to release later, but rely on different mechanics — with the former using flow of electrons between electrodes and the latter using chemical processes.

“The trade-off is that supercapacitors can’t store as much charge as batteries, but for something like carbon capture we would prioritise durability,” said co-author Grace Mapstone. “The best part is that the materials used to make supercapacitors are cheap and abundant. The electrodes are made of carbon, which comes from waste coconut shells.

“We want to use materials that are inert, that don’t harm environments, and that we need to dispose of less frequently. For example, the CO2 dissolves into a water-based electrolyte which is basically sea water.”

The researchers note that their device is far from ready to be used in the real world, even though it has reached higher levels of carbon dioxide absorption than previously seen in SSA technology. It is not fully understood how the device actually works at a molecular level, nor are the general principles underlying its use entirely understood. However, the researchers think that they can achieve further optimisations and efficiency with changes to the materials used, making it potentially useful at a large scale in the future.

The study outlining the device was published in the journal Nanoscale.

This is a modified version of a news item published by the University of Cambridge under CC BY 4.0.