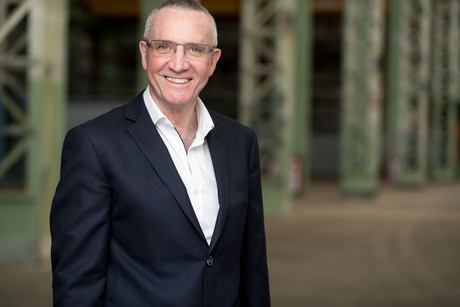 The last few years have seen a significant increase in renewables and their implementation into the grid. However, the intermittent nature of solar and wind power has been a major roadblock to the uptake of renewable energy. Dr Kevin Moriarty, Executive Chairman at 1414 Degrees, explains how storage can help, in particular the benefits of silicon thermal energy storage.

It’s no secret that Australia’s energy industry has become a much politicised arena, with government and industry struggling to find the best way forward to ensure a reliable, clean and, importantly, cheap energy supply.

Renewables, whether they are solar, wind, hydro, bioenergy or geothermal, use natural processes so their supply is dependent on conditions that are inherently unstable. However, renewables also create more distributed generation, which Dr Moriarty says can be strengthened through the implementation of energy storage.

“We in South Australia experienced a huge long-lived blackout with quite a loss to the domestic product,” said Dr Moriarty. “When we had big power stations, initially they were centred in one spot. So, if a tornado did come through, as happened in the middle of 2016, you’re still going to lose a lot of power because your lines go down. There’s nothing you can do about that until you rebuild them. Therefore, when you have a few big centralised power stations you do have a vulnerability, particularly in a small state like South Australia.

“However, with the rise of renewables, we now have distributed generation so you’re less dependent on any [one source], so that’s a positive.

“And then if you can distribute storage through the grid as well, you no longer have the exposure to any one big outage.”

Dr Moriarty said the benefits of energy storage include increasing the efficiency and reliability of the grid, but one of the factors that needs to be considered is the cost-effectiveness of the storage solution — this is the area where he believes silicon thermal energy storage excels.

“If you have a bunch of storage and generation distributed around the grid, it will become more reliable. But it’s also got to be low-cost.”

While batteries have a place and can provide good fast-frequency response, Dr Moriarty believes they are not good at providing grid-scale storage. He said thermal energy storage systems are compact, have a long life and the more you cycle them, the better the outcome.

“There wasn’t really a need for it before we started introducing a lot of renewables on the grid, but now that we have a lot of renewables, we need a product that you can put anywhere and doesn’t mind how many times it’s cycled. Ultimately, if we’re going to keep energy costs low, [it] is low cost.”

Dr Moriarty said the main driver when it comes to energy supply is it must be reliable, because people want to keep the lights on. The other driver is it must be at a lower cost.

Dr Kevin Moriarty will be speaking at the upcoming Australian Energy Storage Conference and Exhibition, being held from 23–24 May at the Adelaide Convention Centre. To register for the conference or free exhibition, visit www.australianenergystorage.com.au/register.

The council has upgraded its ageing infrastructure to enable its water supply system to operate...