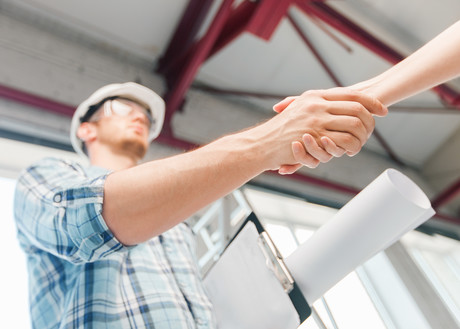 With Oligo Infrastructure Indonesia leading the consortium, the processed engineered fuel (PEF) made for a waste-to-energy power plant will convert approximately 650,000 tonnes of waste per year into baseload renewable energy, with a full capacity of 25 MW, along with segregated recyclable materials for further valorisation, biogas and inert fillers.

ResourceCo Asia Managing Director Pavel Cech said the company has been selected to design, deliver and operate the new resource recovery and PEF plant as part of the major project.

“It’s a significant step forward to addressing the major waste management problems which have long plagued Tangerang, with the area heavily reliant on the local landfill site as its final dumping ground,” Cech said.

The multimillion-dollar facility will be built in Jatiuwung, Tangerang, approximately 7 km from the Rawa Kucing landfill, and will also reduce reliance on fossil fuels such as coal and gas.

ResourceCo’s existing state-of-the-art alternative fuel plants in Australia and Malaysia recover more than 90% of all incoming materials that would otherwise be sent to landfill.

“This project will result in a large quantity of waste from Rawa Kucing landfill, which has been lying dormant for over a decade, being removed and converted into energy, in the form of PEF for fuelling a designated power plant,” Cech said.

“You must source the right mix of raw waste materials, but stringent processes need to be in place to ensure a fuel is created that is fit for purpose. Not all PEF is created equal. Without the right equipment and expertise, the production process yields an inferior product with higher ash and moisture content and less of the high calorific content, which reduces energy yield,” he explained.

The market for PEF is rapidly expanding both in Australia and internationally, as it offers a win-win solution to businesses grappling with increased regulation while also crying out for cost-effective alternative energy solutions that deliver high sustainability outcomes.

PEF’s growing reputation as the ‘holy grail’ in sustainable energy production, and its broadened scope of application for energy-hungry businesses, is providing significant relief.

The Indonesian Government has identified Tangerang among 12 cities and regencies to be prioritised under Presidential Regulation (Perpres) No. 35/2018, on the acceleration of construction of thermal generation facilities for converting waste into electricity with environmentally sound technology.

It’s anticipated that construction of the Tangerang PEF facility will commence in 2022 and the site will be fully operational in 2023.

“The new plant will gradually divert up to 2000 tonnes per day of the waste collected in the local area from landfill sites, including PEF, recyclables and organic/biogenic materials.”

Local authorities have earmarked the Rawa Kucing landfill site to be completely overhauled and transformed into green open spaces once the energy-from-waste plant is established.

With the mountains of waste produced only increasing through modern living, the need to grow existing and establish new markets for the repurposing of waste is becoming even more critical for governments and communities across the globe.

ResourceCo has already repurposed tens of millions of tonnes of raw waste materials that was otherwise destined for landfill across Australia and Southeast Asia.

A next-generation solar cell that can maintain efficiency in the heat has been developed by...