Is our road network ready for EVs? 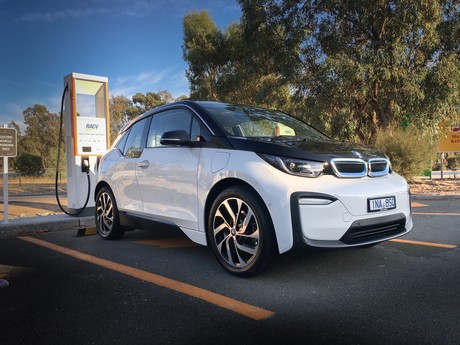 A survey has revealed that many Australians are questioning electric vehicle (EV) technology and everything that goes with it; but what is really happening to prepare our road networks for the EV revolution?

Estimates suggest that EVs will comprise 70% of new vehicle sales and 30% of Australia’s total fleet by 2040. However, currently, EVs make up less than 1% of the national fleet. So what’s holding Australians back from embracing EVs?

A recent survey commissioned by Budget Direct Motor Insurance reveals that a large portion of Australians are sceptical of EVs, with many doubting the infrastructure, cost and technology itself. The online survey of 1000 Australians found that 83.2% believed the government has not provided enough evidence on how the rollout of EVs will be sustainable in Australia. Also, when asked if the current electricity grid infrastructure could support the potential influx of EVs, 68.9% of respondents answered ‘no’. Those aged over 65 years had the strongest opinion that the current electricity grid is not up to scratch, with 84.5% of respondents believing the nation’s infrastructure could not support an influx of EVs.

According to the survey, Australians are also concerned about having to pay higher costs for electricity due to an increase in EVs, with 80.3% saying it would be “unfair”. Half of respondents (49.3%) said their main concern about EVs is where to charge them, followed by:

Nearly 70% (69.8%) of respondents said they would purchase an EV if it was the same price as a petrol alternative, and nationally, 72.6% said they would consider purchasing an EV if a rebate was offered on the purchase price. ACT respondents were significantly more motivated by the offer of a rebate, with 87.4% answering “yes”. Those in the NT were the least likely, at 37.9%. A rebate was more appealing to younger generations, with less interest corresponding with an increase in respondents’ age.

The greatest hurdles to the uptake of EVs in Australia were deemed to be infrastructure, range anxiety (worrying that the car will run out of charge), reliability, serviceability/support and government reliance of fossil fuel tax.

According to the Electric Vehicle Council, a lack of government support is the main reason why Australia is lagging behind comparable nations in terms of EV adoption, with incentives needed to spark uptake.

Despite consumer concerns regarding the switch to EVs, the transition is already happening, with vehicle manufacturers winding down production of petrol and diesel vehicles and bringing more EVs to the Australian market. As innovation continues, the price of EVs is expected to drop. The Electric Vehicle Council reports that battery EVs and plug-in hybrid EVs will reach cost parity with internal combustion engine vehicles by 2025. The council also points out the savings that can be made by running an EV, stating that, at current electricity prices, the average Australian spends an annual sum of $2160 on fuel to drive 15,000 km ($0.14/km); however, an EV can be charged for $600/year, reducing the cost to just $0.04/km.

To help accelerate the transition to an electrified road system in Australia, the Electric Vehicle Council is working on debunking many of the myths associated with EVs, addressing common concerns such as cost, reliability, performance, charging concerns and safety.

The Electric Vehicle Council estimates that, as the demand for chargers increases, private investment will step up to supply them, but says that first, we need initial matched investment to get the ball rolling.

Several projects are already underway to transition Australia’s road network towards electrification. The Queensland Government funded the Queensland Electric Super Highway — featuring Chargefox fast EV chargers installed in convenient, safe locations close to major highways where there are existing amenities — which allows drivers to travel from Coolangatta to Cairns or Brisbane to Toowoomba in a low- or zero-emissions vehicle.

Chargefox is installing a network of rapid chargers for electric vehicles throughout Australia. Image credit: ©Chargefox.

With almost 400 public charging plugs on its network and having already processed over 40,000 charging sessions, Melbourne-based Chargefox is reported to be Australia’s largest network of public EV charging stations. Part of that network is the rollout of its ultra-rapid stations, of which there’ll be 22 around Australia, all powered by 100% renewable energy. This will make it possible for EV owners to drive from Adelaide to Cairns using the Chargefox network within the next six months.

Chargefox CEO and Co-Founder Marty Andrews commented, “Chargefox is opening new charging stations every month, so that Australian EV owners will never be too far from fast, easy, reliable charging.

Chargefox has secured $15 million — including funding from the Australian Government via ARENA ($6 million) and the Victorian Government ($1 million) — to build Australia’s largest ultrarapid EV charging network. The network will have over 100 fast DC chargers operating by the end of 2019, expanding to a full public network with thousands of chargers over the coming years.

Could the agave plant hold the key to sustainable biofuel production in Australia?

Standards Australia has entered the international conversation on renewable ocean energy by...

A new method that involves converting durian and jackfruit waste into supercapacitors that can...

COVID-19 and breaking the chain of infection

TGA-approved coronavirus-killing labelling out in force

How to avoid an infection from smartphones

Foodmach joins the fight against COVID-19

No shortage of Easter eggs this year

Lactalis automates the handling of its milk pallets

Tripping on nothing: the placebo effect and psychedelic drugs