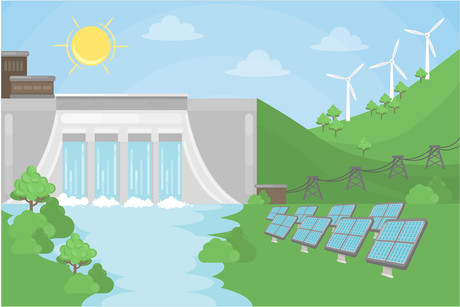 As part of the Liberal National Government’s energy policy, it has been announced that a $1 billion Grid Reliability Fund (GRF) will be established to support new energy generation, storage and transmission infrastructure, including eligible projects shortlisted under the Underwriting New Generation Investments (UNGI) program.

Administered by the Clean Energy Finance Corporation (CEFC), eligible investments will include:

The CEFC has a strong track record of leading investment in the clean energy sector. Since inception, CEFC investments have helped drive more than $24 billion in additional private sector investment commitments Australia-wide, including $6.3 billion in 2018–19.

In addition, $718 million in CEFC capital has been repaid or returned since inception, including a record $321 million in 2018–19, underscoring the CEFC’s ability to earn a positive return on its investments and reinvest on behalf of taxpayers.

CEFC CEO Ian Learmonth said: “We are pleased the Australian Government has expressed confidence in the role of the CEFC in contributing to a stronger energy grid via a Grid Reliability Fund.”

Clean Energy Council Chief Executive Kane Thornton welcomed the news of the fund to help accelerate investment in the electricity transmission network and prepare the energy system for the shift from coal to renewable energy.

“The Grid Reliability Fund is the first increase in capital since the CEFC was established, and can leverage significant private investment into one of the areas of greatest need,” Thornton said.

Thornton said there is a huge pipeline of new clean energy projects in the system that can help bring prices down, but many investors are holding off due to grid constraints and a lack of certainty on energy and climate policy.

However, Thornton added: “It is important that there is significant transparency and objectivity in how the fund will support new-generation projects short-listed under the Underwriting New Generation Investment program.”

Director of the Community Power Agency Nicky Ison has warned that the funding boost is a case of a “wolf in sheep’s clothing”, because of the government updating CEFC’s legislation to underwrite new gas projects.

“The government is funding renewable energy, storage and transmission infrastructure updates with one hand, but manipulating CEFC’s legislation to underwrite fossil fuel projects with the other,” Ison said.

“The Clean Energy Finance Corporation already has a wide mandate to fund clean and renewable energy, storage and supporting infrastructure like transmission lines that will reduce our climate pollution and keep Australians safe from the worsening impacts of climate change, not to spend taxpayer money on underwriting expensive, inefficient and dangerous fossil fuel projects.

“The government must abandon its plans to weaken CEFC legislation to have any credible claim to supporting renewable energy and climate action in Australia,” Ison said.

CEFC CEO Ian Learmonth said: “We recognise that investment in new generation, storage, transmission and infrastructure is critical to support the security and reliability of Australia’s energy grid. We look forward to working with governments and potential investors in accelerating the development of these opportunities.”

The CEFC has established a specialist Clean Futures Team to deepen its focus on long-dated emerging opportunities in these areas. This includes grid augmentation — including transmission, interconnectors and renewable energy zones — as well as hydro, grid-scale battery storage and hydrogen.

The proposed $1 billion GRF is in addition to the CEFC’s existing $10 billion capital allocation.

Learmonth added: “This additional capital will work alongside our continuing investments in solar, wind, hydro, bioenergy and other technologies in the renewable energy sector. We also have a strong focus on addressing some of Australia’s toughest emissions challenges, across agriculture, infrastructure, property, transport and waste.”

The forum is a chance for the waste-to-energy industry to address waste hierarchy fundamentals...

A research team from Tokyo University of Science has found that, compared with lithium...