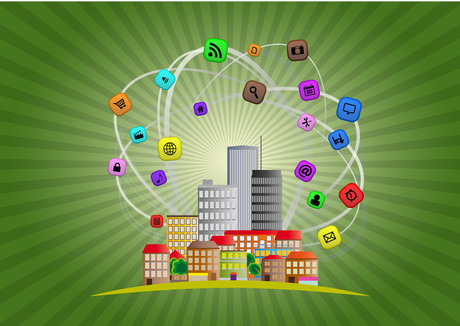 Urbanisation — along with climate change and demographic change — stands as one of the megatrends of the 21st century.

Cities are under pressure from their growing populations and have to prioritise investing in infrastructure such as buildings, transportation and energy.

It is estimated that by 2030 more than 50% of the world’s population will live in cities. By 2025, some 40% of global GDP will be generated from emerging city markets. Cities will also have a huge impact on environments, as they account for the vast majority of global energy demand, water consumption and carbon dioxide emissions.

To prepare for this growth, cities must seek to integrate energy generation, distribution, intelligent buildings and all modes of transport to adopt a more intelligent approach to infrastructure. They need to get more out of their existing facilities as well as ensure they maximise what is built in the future.

There are two major trends that are disrupting the global energy sector, and that are having a significant positive impact on our cities — in Australia and around the world.

The first is an increase in what we could term as distributed energy sources. Our grids are naturally evolving from a predominantly centralised energy system to a more distributed one. To put this into perspective with an example: In 1990, Germany had 1000 power producers that were structured in a unidirectional centralised configuration and today there are in excess of 1.7 million power producers that have a decentralised bidirectional configuration. Consumers of energy are turning into ‘prosumers’ of energy, meaning that they are producing the energy at the site of where they end up using or consuming the energy.

The paradox of the rise of distributed energy sources is that they are initially a destabilising factor, being costly to apply and bringing the need to integrate operations. But over time they become a stabilising influence, as and when a grid has adapted to its presence with the right mix of technologies.

The second major trend is digitalisation.

Digitalisation is key to the transformation we are witnessing within the energy sector. The grid has to become smarter and more resilient to better balance generation and consumption. The goal is to have a reliable energy supply, reduce our carbon footprint and improve security of supply in a cost-optimised way by using existing network assets to their full potential.

In each of these industries, the cornerstone of the upheaval was opportunity created by existing businesses not being sufficiently customer-centric.

Customers are challenging the status quo, and as a result utilities are being forced to diversify. Entrepreneurs have identified that the sector is ripe for enhancement, and are in the process of commercialising new technology to solve a range of problems.

A stand-out example is New York-based start-up LO3 Energy, which has been working with Siemens to jointly develop microgrids that enable local energy trading based on blockchain technology. One of these microgrids is now operating in the New York borough of Brooklyn, enabling residents to trade solar power with one another. The two companies are also collaborating on a number of Australian projects as well.

The concept of generating energy at or near the point of consumption through the implementation of distributed energy systems has many benefits as it gives users of the generation more control over what they use and how they use it. The overarching themes in this model are futureproofing through increased resilience and giving consumers independence from third parties that users of the energy don’t traditionally have any control over.

Furthermore, stored energy reduces peak generation needs and reduces load shifting. It builds reliability of electricity supply, and hydrogen is even starting to play a part in this regard. Small-scale power generation offers a secure supply when a grid may be unreliable, unavailable or expensive.

Siemens has worked with RMIT in Melbourne to develop a distributed energy solution. Three city power substations were combined to create a high-voltage network, owned and operated by the university. It includes two cogeneration systems stored within a 14-storey building with a cogenerative system taking natural gas, heating and water. This will then provide millions of kilowatt hours of generation per annum, reducing energy costs and lowering the carbon emission of the city campus by a significant amount.

It also allows RMIT to conduct load shedding and manage demand, while providing greater energy security for the campus.

Cities are the engines for future growth.

In order to attract business investment, cities need to compete against each other just as businesses compete.

One of the most critical competitive advantages that a city has can be found in how it manages its requirements by investing in new technologies that enable assets to become intelligent, to reduce electricity costs, increase resilience against environment and man-made attacks and reduce carbon dioxide emissions.

This in turn provides economic stimulus which will ultimately lead to more and better jobs along with better lifestyles for those who live within the urban environment.