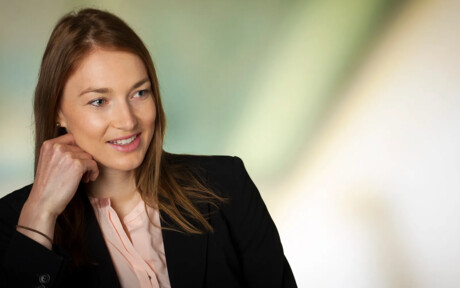 Australia’s position as a resources ‘superpower’ has fuelled the economy for well over a century; the gold rushes of the 19th century having a fundamental impact on the diversity, population and economic prosperity since colonisation. And while the world looks to shift its reliance away from fossil fuels, this places doubt on Australia’s ability to compete on a global scale, with Australia’s economy often hinging on international demand for resources and minerals.

In the budget, $1.9bn was allocated to decarbonising the regions, with the government stressing the significant economic opportunities to be gained by doing so. Mines, having long been a driver of Australia’s economy, now have an opportunity to be a driver for decarbonisation. There is no longer any question IF the mining sector must decarbonise, but now the questions surround how and when.

The business case for decarbonisation

Investors want greener options and are willing to pay for it — since 2020 sustainability investments have increased 63%. This fundamental shift in investor focus makes it difficult to do business without looking at meaningful emissions reduction, even for carbon-intense industries like mining.

Thus, mining companies that don’t adopt sustainable practices are being penalised. Major trading partners Europe and the US have both introduced carbon taxes on imports, forcing Australian industry to reduce emissions, or miss out.

This is part of a global trend towards sustainable investing. Companies which can’t prove their business is sustainable are now seen as riskier investments.

Sure, the initial capital investment to go green is high, which has deterred mines from making the transition, but it’s becoming clear to many that the financial gains from a low- or zero-emissions mining operation can be high, with the biggest companies now pledging to shift to net zero operations.

Fortescue Metals announced recently it would spend AU$9.2 billion to switch to renewables by 2030. Fortescue said the cost-savings from divesting its fossil fuel-dependent technology would total AU$1.2 billion annually.

BHP and Rio Tinto have also both publicly committed to millions of dollars of investment in low-emissions technologies to reach their sustainability goals. CEMEX, one of the world’s largest cement companies, aims to reduce its emissions by 35% by 2030.

Major investments such as these send a clear signal that the business case for decarbonisation is positive, possible and inevitable.

The reason is simple: green technology is steadily becoming the cheapest option to enable mine site operations. According to a joint report from ENGIE Impact, CEFC and MRIWA, the rate of return on technology investments can be up to 20%. And as the renewables sector matures, prices for renewable technologies will drop.

Technology to meet the decarbonised future

Solar and wind power will play an increasingly important role in the decarbonisation of electricity generation, having achieved the lowest levelised costs of energy. Paired with energy storage, renewable generation can provide dispatchable power to match the energy demand profile of a mine. According to the UN, solar prices have dropped 89% in the past decade, and lithium-ion batteries are 97% cheaper than in 1991. This comes as Australian energy prices — leveraging a grid largely reliant on coal — have hit a record high.

Gold Fields’ Agnew mine is already leading the way in the transition to renewable power for off-grid mining operations. It is Australia’s largest hybrid renewable energy microgrid and the first mine in Australia to utilise large-scale wind generation at a mine site.

Material movement is dominated by diesel-fuelled internal combustion engines, commonly accounting for 30–50% of onsite energy demand across commodity groups. Zero-emissions electric- and hydrogen-fuelled haulage trucks have been successfully trialled globally. Anglo American has launched a 510 t hydrogen truck in South Africa, retrofitted from an existing diesel-powered vehicle. BHP and Toyota have converted a LandCruiser from diesel to electric with the aim of reducing operational emissions by 30%.

Operational activities within a mine vary widely depending on the mine’s maturity, stage of development, commodity and deposit characteristics and have a lower emissions profile. With these operations largely in fixed locations, electrification can be easier to achieve as a key decarbonisation measure.

Technology will play a significant role as Australia’s resources sector repositions itself in the new, more environmentally conscious, resources world. While there are still some barriers to full adoption in the market, there are already plenty of examples and pilots the industry can lean on. Collaborating with other entities along the mining value chain can also accelerate the journey to zero-emission mining. Pooling knowledge and resources to tackle the challenges creates opportunity for greater learning and access to the benefits of economies of scale.

A decarbonised mining sector has the capacity to reduce global emissions drastically, but the pace needs to increase. Mines which are slow to go green will be left behind.