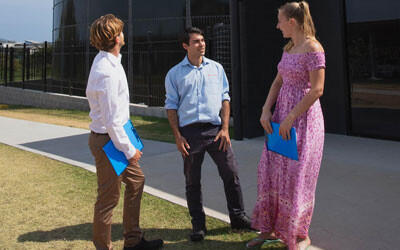 Keeping an entire university cool is no easy feat, especially in a warm climate, but the University of Sunshine Coast (USC) achieved this using a giant solar-powered ‘water battery’. In its first year of operation, the battery has saved more than 4232 tonnes of carbon dioxide emissions — the equivalent of planting almost 70,000 trees and growing them for 10 years.

The Australian university partnered with environmental solutions company Veolia to build a thermal energy storage tank and install more than 6500 solar panels across campus rooftops and carpark structures, with the system switched on in late August 2019.

USC Vice-Chancellor and President Professor Helen Bartlett said the system’s success in its first year was a major milestone towards the university’s goal of becoming carbon neutral by 2025, and proof that regional universities played a key role in innovation.

“USC is the first university in Australia to install a water battery powered by renewables, which is further proof that you don’t need to be in the big cities to do big things,” Professor Bartlett said.

“In the first full year of operation, the system has generated more than three million kW hours of solar electricity for our Sunshine Coast campus, representing more than 34% of the total electricity required.”

An additional two million kW hours of electricity are fed back into Queensland’s energy grid.

“On top of this, we are tracking our energy savings in real time and using that information to teach our engineers, designers and leaders of the future about the enormous and cost-effective possibilities in renewable technologies,” Professor Bartlett said.

The 2.1 MW photovoltaic system produces enough energy to cool 4.5 megalitres of water, effectively acting as an 8 MW battery. The cooled water is stored and used for air conditioning, which is currently the single biggest user of electricity at the campus.

The system is expected to save more than 100 thousand tonnes of carbon dioxide emissions over 25 years, equivalent to the emissions of 525 average Australian houses for the same period. It will lead to an estimated $100 million saving for the university over the 25-year life of the project.

Veolia Regional Energy Solutions Manager Andrew Darr said the system had surpassed its targets by saving 4232 tonnes of CO2 emissions — with 3082 tonnes saved by USC through using solar power instead of grid electricity, and the rest by Veolia sending solar energy back to the electricity grid.

“The system has performed beyond expectation during its first year of operation and has attracted global attention for its innovative approach and environmental benefits,” Darr said.

“USC has implemented a project that has positioned the university as a sustainability leader across the higher education sector and beyond.”

The project won the prestigious Out of the Box category of the Global District Energy Climate Awards in 2019 among strong international competition.

It also recently won the Denis Joseph Award for Innovative Use of Solar Energy in HVAC&R (heating, ventilation, air conditioning and refrigeration) from the Australian Institute of Refrigeration, Air Conditioning and Heating. 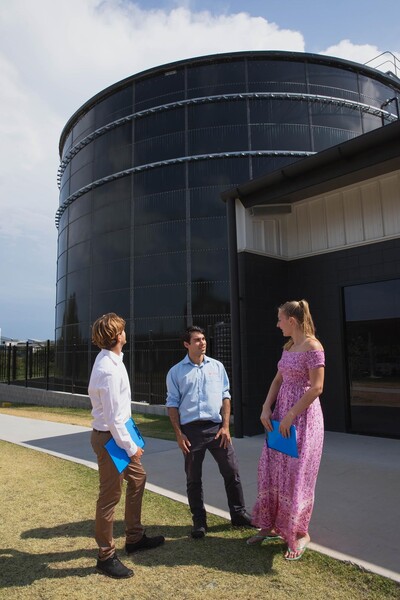