The Australian Technology Park (ATP) is a business and technology centre intended to serve as an incubator for high-tech start-ups and to bring research and commercial interests together in a symbiotic environment. It comprises five distinct buildings located in a campus-like setting in the suburbs of Sydney.

BuildingIQ was asked to deploy its Predictive Energy Optimization (PEO) model at four of the buildings, beginning with the one occupied by National ICT Australia (NICTA). The 11,202 m2 NICTA building is five years old and renowned for its energy efficiency.

The central challenge was whether BuildingIQ’s PEO platform could make much of a difference to such a well-tuned, high-performing building. The NICTA building has a NABERS score of 5.5 - on a scale that runs from 0 to 6 - and improvements were, at best, likely to be marginal. Although the NICTA staff strongly encouraged a trial run and were extremely receptive to new technology, their expectations for significant energy savings were low.

The client’s stated requirements for success were threefold: first, produce significant energy savings; second, improve the NABERS rating of the NICTA building if possible; and three, support and elevate the government’s drive for sustainable development.

BuildingIQ began by doing a site assessment for all four buildings, establishing a baseline of historical data, examining individual building management systems (BMSs) and evaluating the ease with which PEO could be integrated for energy optimisation. The team found that the NICTA building had a relatively new Delta BACnet system that would respond well to BuildingIQ’s platform.

Working with ATP’s facilities staff, the set up for the trial run took only about a week. The extended learning phase - when the model learns the specific thermal dynamics of the building under changing conditions - lasted for about a month and a half. After that, the optimisation process began. Typically, the savings increase as the model continues to refine the parameters and improve the accuracy of its prediction.

The relationship with the technical staff at NICTA bordered on a strategic alliance, as they have a burning desire to support energy innovation and were rooting for the success of a sophisticated, home-grown technology. BuildingIQ’s platform evolved from research carried out over many years at CSIRO - the Commonwealth Scientific and Industrial Research Organisation.

The ATP staff brought the BuildingIQ team together with the four companies responsible for on-site mechanical work and BMS operations. The parties worked collaboratively to ensure success.

Early results from the NICTA trial run have shown substantial improvement in energy savings. After running for a few weeks, energy savings had reached 17% of total power. ATP staff, vendors and NICTA colleagues were not only surprised at the savings in such a high-performing building but sceptical enough to challenge the results. The transparency of the BuildingIQ system made it a relatively straightforward matter to review the historical baseline, walk through the optimisation process and display the results using charts and graphs. They could see the kWh consumption dropping day by day and were convinced of the efficacy of BuildingIQ’s model. Despite the altered temperatures during the optimisation process, the client did not receive one single complaint from tenants. 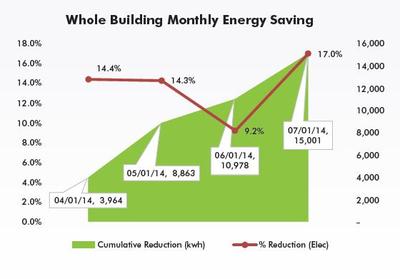 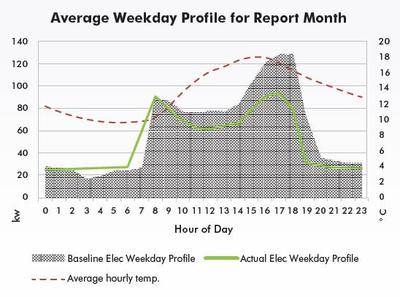 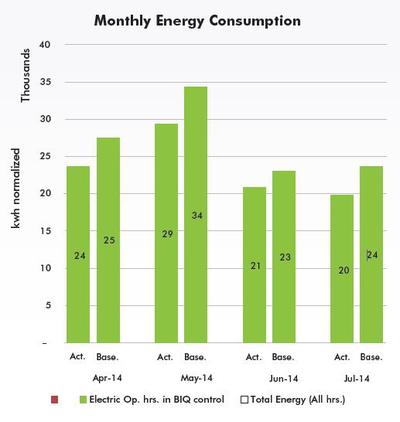