Beyond the Burn: a photographic expedition of Australian solar farms 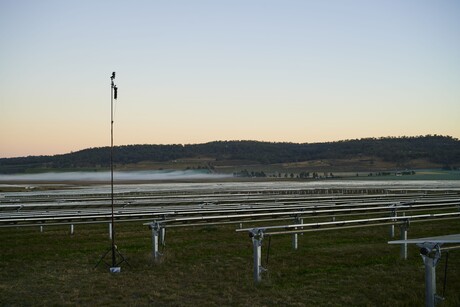 Nextracker, a Flex company, has undertaken a month-long photographic expedition titled Beyond the Burn, in celebration of Australia’s strong demand for utility solar, defying its many challenges.

Conducted through June and supported by the Smart Energy Council in collaboration with the solar industry, Beyond the Burn tells the story of solar’s triumph by capturing the solar farms powering Australia’s clean energy future, and the people behind them.

The project marks an inflection point in Australia’s adoption of utility solar, which made its humble debut in 2012 with the construction of the 10 MW Greenough River Solar Farm in Geraldton, Western Australia. Since then, it has faced a fossil fuel-favoured policy environment, grid connection delays, export curtailments and investment uncertainty, delaying the sector’s ability to occupy a significant share of Australia’s energy mix.

However, in 2017 installations >10 MW jumped by more than 500% (Rystad Energy) and remained strong, despite these challenges remaining unchanged. Today, Australia has more than 380 large-scale PV assets amounting to 8.4 GW of capacity at or beyond financial close (Rystad Energy). In 2020, it contributed 10.9% of Australia’s renewable energy generation. In May 2021, large-scale PV generation exceeded the average generation for gas for the first time ever (AER Q1-21 Market Report). 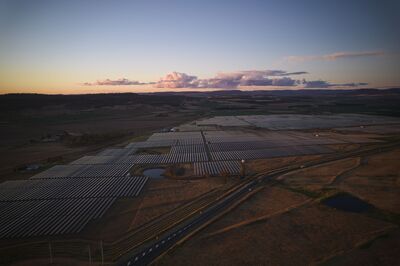 “We’re proud to endorse this great expedition showcasing some of Australia’s solar farms,” said John Grimes, CEO of the Smart Energy Council. “It’s remarkable to think of how far utility solar has come in recent years, but that is all changing now. Indications point to the segment’s underlying strength and it makes sense that it will see exponential growth with the easing of some of these challenges, and this is something the Smart Energy Council is actively pushing for.”

Further illustrating the business case for large-scale solar, CSIRO’s GenCost 2020-21 consultation draft issued in December showed that the levelised cost of energy (LCOE) of solar PV is far cheaper than the LCOE of new coal and gas plants, even with transmission and storage costs taken into account.

Two of regional Australia’s most vocal proponents of renewable energy, farming and agriculture, not only stand to benefit from cheaper, cleaner power but also feel perhaps the greatest impacts of climate change among Australians. 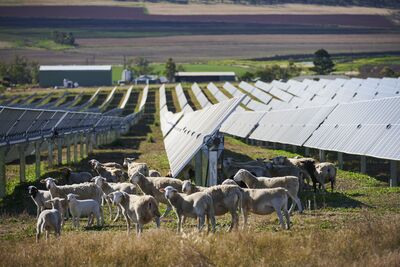 “Farming and renewable energy go hand in hand,” said former Young Farmer of the Year, and one of the founding directors of Farmers for Climate Action, Anika Molesworth. “Solar helps reduce power prices for regional communities, gives farmers a way to diversify and offset the troughs associated with the impacts of extreme weather, and offers a means to increase land productivity by continuing farming activities whilst leasing land to solar developers. I’ve put my voice behind Beyond the Burn because I’m a farmer who loves solar, I want to see more of it and the sooner Australia moves beyond fossil fuels, the better.”

Between farming, agriculture, net zero emissions targets by 2030 in mining and manufacturing, green hydrogen and ammonia, regional industries and mega projects like SunCable and the Asian Renewable Hub are calling for more renewables, and it’s this demand that’s driving utility PV.

As Australian demand for utility-scale solar has grown, so too has Nextracker. 91% of utility PV in Australia uses solar tracker systems (Rystad Energy) to maximise output by tracking the sun throughout the day. Since Nextracker Australia was established in May 2016, it has supplied 79 live and committed assets to date and is now approaching 5 GW of installed capacity in just five years.

“This market is tremendously important to Nextracker and we see this milestone as reason to pause and acknowledge what is driving it,” said Peter Wheale, Vice President of Australia, South East Asia and the Pacific at Nextracker. “What is driving utility solar is everyday Australians — people who see the value in solar, are staking their bets on it and, ultimately, investing.”

Heliostat technology shifts sunlight to the streets below

The striking-looking crowning structure on this Rhodes building is much more than an...

Selling spare EV charging station capacity as a service itself offers a range of applications.

Solar vs wind: the race to power up sustainable energy

Genetic trigger for type 1 diabetes may be in the lungs

Proteins from the liver may cause Alzheimer's in the brain

Cadbury to transition to recycled packaging