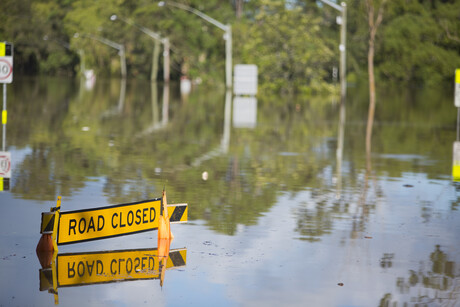 Australia faces losing hundreds of billions of dollars between today and 2050 due to droughts, floods and storms, according to new research.

The ‘Aquanomics: The economics of water risk and future resilience report’, published by GHD, predicts that Australia could suffer an annual GDP loss of 0.6% from water events, with total losses of $452 billion by the middle of the century. The agricultural and retail sectors are particularly at risk.

The report argues that these threats need to be addressed immediately with a focus on water recycling, desalination and smarter irrigation.

Lindsey Brown, Australian Water Market Leader at GHD, said: “To create resilience to the increasing risks from extreme weather events we need to adapt how we build water infrastructure, optimise the performance of existing infrastructure and prioritise nature-based solutions to water management across industries.”

Storms may prove to be the most economically problematic water issue with an impact of $102 billion, followed by floods ($64 billion) and droughts ($41 billion).

The report analysed five sectors as they relate to the effects of extreme weather: agriculture; banking and insurance; energy and utilities; fast-moving consumer goods (FMCG) and retail; and manufacturing and distribution.

For agriculture, which is especially vulnerable to weather, the report found that annual losses from water-based problems could be over 5% by 2030 and 8% by 2050. It recommends a circular economy as a means of averting these steep economic pitfalls.

“With a growing population and increasing demand for water, embracing the circular economy is a key part of creating climate resilience in Australia.

“Increasing supplies of manufactured water through water reuse and recycling also offers a reliable source of water that is not climate-dependent and can contribute to economy-wide decarbonisation efforts through energy production of green hydrogen.

“For Australia’s coastal cities — where 80% of the country’s population is concentrated — desalination will be crucial in easing water stress, and inland, wastewater treatment and recycling will become more important.

“These processes make purified recycled water available for drinking and for use by power stations, industry and agriculture.

“The government has a key role to play in managing the transition to new methods of water management. Investment programs, such as the National Water Grid Fund, are the first step but infrastructure can only be part of the solution.”

Brown said that Australia will need to rethink how the nation treats water.

“By focusing on economic impacts of extreme weather events in our Aquanomics report, we aim to help identify and unlock the social and environmental benefits of tackling water risk head-on.

“It’s time to move away from viewing water as a commodity to be controlled, and instead recognise its intrinsic value — water is part of a natural cycle, the balance of which must be restored and maintained if we are to live sustainably and to prosper.

“We also have a responsibility to collaborate with traditional owners and explore water’s deep connection to country. And it’s important to remember that many Indigenous communities are vulnerable to water risk, especially drought.”

Fujitsu Australia and Iota have announced a strategic agreement for ongoing product development...

The WSAA has released its full report titled 'Closing the Water for People and Communities...

Sydney Water has awarded a major contract to upgrade the Castle Hill Water Recycling Plant in...