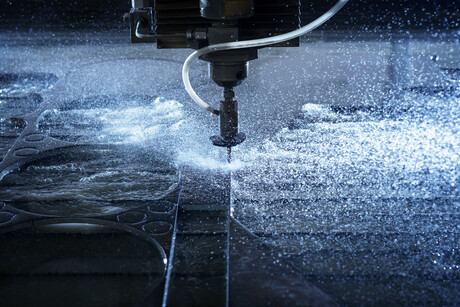 Water is often consumed in large amounts and is a vital ingredient for making many common products, ranging from cars to smartphones and computer chips.

Now a new study from Penn State and UCLA has discovered that companies that use water in their manufacturing processes may actually pivot to become efficient and more eco-friendly when water becomes increasingly scarce during times of drought.

The researchers — including Suvrat Dhanorkar and Suresh Muthulingam from Penn State and Charles Corbett from UCLA — found in their study that subsequent to periods of water scarcity, manufacturing facilities that use water extensively streamlined their processes to lower their toxic emissions into water, like lakes and rivers.

An added benefit the researchers found was that the changes in the processes also resulted in reduced toxic emissions into land and air. On average, the estimated reductions in toxic emissions were more than 2.5%.

Dhanorkar, an associate professor of supply chain and information systems, said the study — recently published in the journal Management Science — is one of the first to flip the question of how industry is contributing to climate change and instead ask how industry is responding to climate-change-induced events, like droughts.

“Most of the prior research has been focused on how companies are negatively affecting the environment,” Dhanorkar said. “We wanted to flip it and see how companies respond to climate change. It opens a new area of research that can, in the future, start to look at not just manufacturing, but also how these climate-change-induced events affect innovation and other economic factors like unemployment.”

For the study, the researchers gathered data from 3092 manufacturing facilities in Texas from 2000 to 2016. The researchers focused their study on Texas because the state frequently experiences droughts and periods of water scarcity, as well as producing many types of products including ​​food, petroleum, coal, chemicals and metal.

The data included information on the weeks of drought experienced by each facility and the total amount of toxic emissions recorded at each facility.

“We found that water scarcity can induce manufacturing facilities that rely heavily on water to improve their environmental performance by lowering toxic releases, but only when they face persistent drought,” said Muthulingam, an associate professor of supply chain management. “These effects also extended into the facilities reducing emissions in other ways, such as into the land and air, too.”

The researchers said one explanation for the results could be that water scarcity prompts companies to become more careful about how they use water. But, because water is used across processes, companies become aware of other areas where they can improve as well.

“A lot of these industries use water at different points in their processes,” Dhanorkar said. “So, when there’s water shortage and you’re investigating how to improve water usage, it may also reveal shortcomings in other aspects of the processes that aren’t related to water as well. These companies might be learning a lot about their processes not just from a water standpoint, but more broadly.”

Dhanorkar and Muthulingam said they hope that in addition to spurring additional research on the topic, policymakers could also use the findings to inform future policies around climate change.

Come on a water journey at Ozwater'22 in Brisbane

The theme for Ozwater'22 is Our Water Journey and will explore the journeys and stories of...