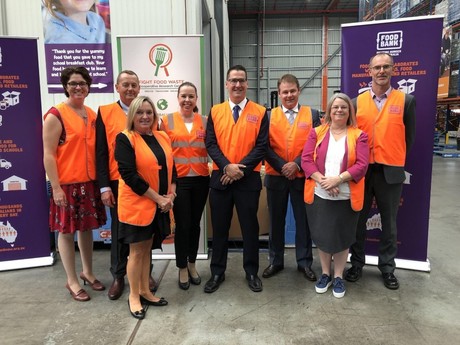 Originally proposed in November 2016, the Fight Food Waste CRC seeks to bring together industry, government and research bodies to tackle the growing international problem of food waste, which is at the heart of future industry sustainability. Its mission is composed of three core aims:

The CRC involves 60 participants from around Australia and overseas, who collectively raised $103 million in addition to the $30 million from the CRC Program. The bid was led by a committee of industry participants with coordination by the Department of Primary Industries and Regions South Australia (PIRSA).

“This funding will be used to identify opportunities and solutions to reduce food wastage from paddock to plate,” said Assistant Minister for Science, Jobs and Innovation Zed Seselja.

The CRC will be headquartered at the University of Adelaide’s Waite Campus, which is said to be the largest concentration of agriculture, food and wine research expertise in the Southern Hemisphere. It will also have several nodes, with its Reduce Program based at Melbourne’s RMIT University, its Transform Program at The University of Queensland in Brisbane and the Engage Program at CQUniversity’s Sydney campus.

The CRC will take a triple bottom line approach to reduce and transform food waste to improve industry profitability, tackle food insecurity and enhance Australia’s reputation as a sustainable producer of premium food products. Its research programs will run for 10 years, which is the maximum term for a CRC.

The inaugural Chair of the CRC is John Webster, previously general manager of Meat & Livestock Australia, managing director of Horticulture Australia and CEO of Foodbank Australia. Its inaugural CEO is Dr Steven Lapidge, the bid leader and Director of Food Safety & Innovation at PIRSA, who said prior to the launch that his team was looking forward to formally commencing operations.