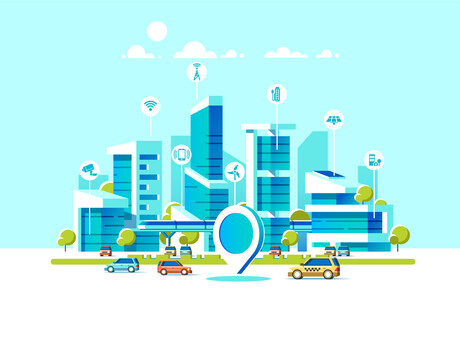 Australia and New Zealand’s smart cities leaders have accelerated their efforts this year, with new technology solutions and innovative projects tackling the challenges of the COVID-19 pandemic head on.

The City of Parramatta took home the coveted Leadership City category after rolling out a host of dynamic smart cities projects. Among these is a sensing network on a new 25-hectare development, a parking app that was enhanced in 2020 in response to COVID-19 and Floodsmart Parramatta, Australia’s first automated real-time flash-flood warning system.

Four individuals were applauded for their leadership: City of Ipswich Mayor Teresa Harding was recognised for delivering Australia’s first ‘smart transparency and integrity hub’; Nicole Stephensen from Ground Up Consulting was presented with an award for her work to reframe privacy as an opportunity, rather than a roadblock; Sean Audain from Wellington City Council was acknowledged for harnessing technology to build resilience to earthquakes, sea level rise and other natural disasters; and Lake Macquarie Council’s Claire Chaikin-Bryan was recognised as an emerging leader for her work to expand the use of IoT, support local innovators and encourage community digital and data literacy.

“Smart cities innovators have been laying solid foundations for several years, and some of these multi-year projects have been rewarded in 2020. But COVID-19 has also accelerated smart cities efforts in 2020, and we are seeing greater data sharing, digitally supported services and community engagement in smart cities innovation,” Beck added.

“Together, our winners demonstrate the central role of smart cities in enhancing services for communities, building prosperity and enhancing resilience. 2020 confirmed that people are at the centre of the smart cities movement.”

The $10 million ‘Switching on Darwin’ project is reported to be the largest single smart city initiative in Australia. Investment in technological infrastructure included public Wi-Fi and environmental sensors, smart parking, lighting and CCTV, as well as wayfinding kiosks. The City aims to use technology and data to support better decision-making, provide the community with a safer city, enhance services and reduce energy consumption and costs. The City’s privacy framework applies global privacy best practice and engaged privacy specialists to establish trusted, transparent relationships with the community.

Moreton Bay Regional Council’s $2 billion road network is its largest asset. In 2019, technology was installed on the dashboard of a council garbage truck, transmitting video footage to the cloud where machine learning algorithms could identify potholes, cracking, line markings and more. After a 12-month trial, the council began scaling up the project, with cameras now mounted on 14 waste collection trucks. All 28 trucks will provide 100% regional road coverage by the first quarter of 2021, allowing accurate defect records to be generated for every road, every week, also supporting data-driven decisions and generating savings for ratepayers.

A spate of tragic incidents on NSW beaches in early 2019 highlighted inconsistency in beach data, with authorities collecting varying information on crowd numbers, activity and localised conditions. Manual collection is also a time-consuming and imprecise task for lifeguards. Smart Beaches — an initiative of Lake Macquarie City Council in partnership with Northern Beaches Council and the University of Technology Sydney — uses technology and data to support lifeguard risk assessment and management, allowing them to focus on their primary role of protecting public safety.

The City of Casey’s direct care workers are in regular contact with 3770 people over the age of 70 — and these people are the most likely to be living alone, without digital technology, during the COVID-19 pandemic. The Digital Activation Program is a coordinated, ongoing and scalable solution helping vulnerable community members get online with confidence. This included a device borrowing library of tablets with data plans, remote phone support and more than 300 hours of one-on-one digital skills sessions.

After corruption and fraud scandals plagued the City of Ipswich, Teresa Harding campaigned for the top job on a platform of transparency and integrity. As the Queensland Government’s Director of Open Data Office for nearly five years, Harding had led the state’s approach to open data. After being sworn in as Mayor, Harding spent her first 100 days delivering a ‘smart transparency and integrity hub’. A passionate advocate for better data use to empower smart communities, Harding delivered the hub on 1 July 2020. Now the people of Ipswich have unprecedented access to the city’s finances and can provide greater scrutiny over how council spends ratepayers’ money to deliver better outcomes.

Privacy is traditionally viewed as a compliance issue, and often as a roadblock or drag on innovation. But Nicole Stephensen is passionate about reframing privacy as an opportunity. Stephensen has held diverse roles including executive director of privacy and data protection at the Internet of Things Security Institute for four years. She also has a seat on the advisory board of cybersafety.org, a US-based charity focused on cyber-bullying. As a privacy consultant, Stephensen assists local governments to implement privacy-by-design as a core business function and unpack and address operational privacy issues.

A champion of smart cities in New Zealand, Sean Audain has actively secured investments from governments and private organisations to develop smart city initiatives that make Wellington a more liveable city. Among his projects, Sean has found new ways to use virtual reality to build resilience to earthquakes and sea level rise. He has deployed technology to save lives in the face of natural disasters and create coordinated multi-sector responses. He has experimented with digital twins, audio sensing and artificial intelligence to enhance long-term governance and build a culture of innovation.

As Smart Cities Lead at Lake Macquarie City Council, Claire Chaikin-Bryan has played a pivotal role in expanding the use of IoT in council operations, supporting local innovators and encouraging community digital and data literacy. Chaikin-Bryan has managed the rollout of public LoRaWAN across the whole of Lake Macquarie City, and played a lead role on the council’s Smart Beaches project. Chaikin-Bryan is also responsible for undertaking sensor selection, onboarding, data integration, storage, visualisation, maintenance and training.

City of Parramatta Council has led a range of dynamic smart cities projects. A sensing network has been installed at the 25-hectare Melrose Park development, for example, to monitor temperature, air quality, noise and stormwater run-off to improve the area’s liveability and inform future planning. The Parramatta CBD Parking Finder allows people to plan their trip and park safely and legally — and this technology was enhanced in 2020 with real-time updates on business operating hours, services and special offers in response to COVID-19. Meanwhile Floodsmart Parramatta offers Australia’s first automated real-time flash-flood warning system.

The National Party of Australia has finally agreed to support, 'in principle', a net zero...

All-Energy Australia will host a free-to-attend virtual conference from 19–28 October, with...

Tree trial to cool one of Sydney's hottest suburbs

The south-west Sydney suburb of Rosemeadow has less than 6% existing canopy cover and is...