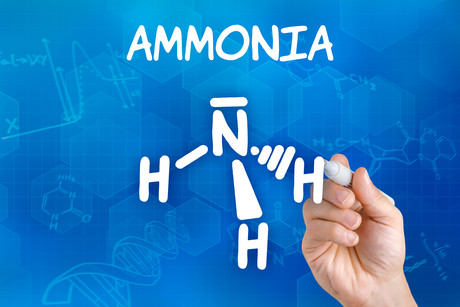 A feasibility study will investigate the construction and operation of a renewable ammonia plant at Queensland Nitrates’ (QNP) existing facility near Moura in Central Queensland.

The plant hopes to produce 20,000 tonnes of ammonia from 3600 tonnes of renewable hydrogen per year. The new plant would provide up to 20% of QNP’s current ammonia requirements — currently manufactured from natural gas — and fill an ammonia production gap that is procured from third-party suppliers.

With $1.9 million in funding from the Australian Renewable Energy Agency (ARENA), the study aims to determine the technical and economic feasibility of producing renewable ammonia at a commercial scale, helping to further progress the commercialisation of renewable hydrogen production for both domestic and international use.

If proven feasible, QNP would produce hydrogen via electrolysis for one-fifth of its ammonia production. The electrolysers would be powered by a hybrid supply of wind, solar and stored renewable energy from facilities owned and operated by Neoen.

According to Bloomberg, over 50% of deliberate hydrogen production is used for ammonia, with ammonia production accounting for 1% of global emissions.

Domestic and international markets for renewable hydrogen are emerging. Australia holds a competitive advantage to play a global role in the emerging hydrogen export market due to the existing expertise and infrastructure in energy export supply chains, proximity to key emerging hydrogen markets in Asia, and an abundance of renewable energy resources.

ARENA CEO Darren Miller said, “Companies looking at creating hydrogen via electrolysis will help establish a local economy for hydrogen and ammonia production in Australia. This is the first step in the country tapping into the huge potential of a renewable hydrogen export industry.

“ARENA is helping to create a market for hydrogen and to ensure that Australia remains at the front of this shift to renewable energy. ARENA is helping industry produce hydrogen at a price, quality and reliability point where it can be competitive with natural gas.”

ARENA has recently launched new investment priorities that include accelerating hydrogen as an alternative fuel source.

Last year ARENA commissioned a report by ACIL Allen Consulting to look into the opportunities for Australia from hydrogen exports. The report found that Australia is in a strong position to become a leading exporter of hydrogen as global demand increases over the next decade, predicting Australia’s hydrogen export industry could be worth $1.7 billion annually to the economy and create 2800 jobs by 2030.

QNP General Manager David Armstrong said, “QNP, along with project partners Worley and Neoen, is pleased to have ARENA support enabling the feasibility study to proceed. We look forward to the success of the project, including the contribution it makes to the development of a larger renewables-based hydrogen industry.”

The City of Melbourne has called on state and federal governments to take urgent action on...

The ARBS 2020 Industry Awards recognise the extraordinary talent within the heating, ventilation,...