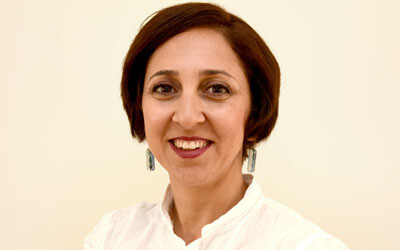 Elham Monavari, who led the development of the new Green Star Homes rating tool at the Green Building Council of Australia (GBCA), has been recognised by the National Association of Women in Construction (NAWIC) for her contribution to the field of sustainability.

Monavari, Senior Manager – Operations Transformation at the GBCA, received the CPB Award for Contribution to Sustainability at the 2022 NAWIC Awards for Excellence event, which was held in Sydney on Wednesday 23 February.

“A sustainability leader committed to transformational change, Elham Monavari led the creation of the new Green Star Homes rating tool for the Green Building Council of Australia This revolutionary rating tool promises to drive down emissions by 70,000 tonnes over the next decade. Elham’s 20-year commitment to sustainability in the built environment has delivered many other dividends: a liveability survey for Mirvac, ambitious waste targets for local government and higher sustainability standards for high-profile projects in the United Arab Emirates, for example. A collaborator, dedicated professional and powerful role model, Elham is now focused on ensuring the Green Star rating system is ready for a digital future,” said NAWIC in a statement about the winner.

The NAWIC Awards for Excellence celebrate the contributions that women make to the construction industry at all career levels and in all sectors. But this year a common characteristic has emerged, and many of the recipients have made it their mission to build businesses that support diversity and inclusion, said NAWIC Co-President Elizabeth Brookes.

Probuild Award for Project Manager of the Year

CPB Award for Contribution to Sustainability

Roberts Co Award for Contribution to a Project’s Development

MPA Award for Achievement in Construction, Refurbishment and Fitout

Fairview has announced its Ecoloop recycling facility has won a Product Stewardship Award for...

Evolution has announced a partnership with Tembo for the full electrification of its fleet of...

Minimising the risk of Legionnaires' disease