Emmi brings carbon into mainstream finance — is this the end of greenwashing? 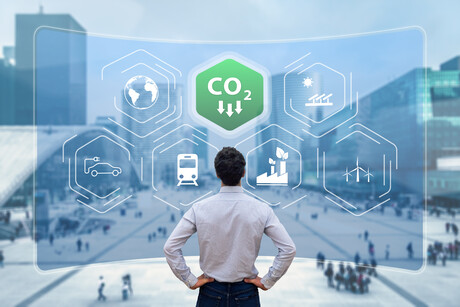 Born when a financial analyst and a UNSW climate scientist joined forces to find a way to bring carbon risk into the financial mainstream, Emmi combines objective climate and financial data to make it easier for investors to evaluate their exposure to carbon risk and reward businesses who are taking truly meaningful action to reduce their carbon footprint — rather than making unsubstantiated promises.

Launched on 16 June 2021, Emmi is an independent, open and transparent carbon risk management system and decision-making platform, developed by Distributed Carbon Pty Ltd, an Australia-based financial technology company. It has also been backed by super funds and investment managers.

The system is designed to enable institutional investors to better understand their financial exposure to carbon risks and align their strategies with a net-zero future.

Melbourne-based Michael Lebbon, a chartered financial analyst who has been focused on carbon’s role in finance for over 15 years, and Dr Ben McNeil, a climate academic at UNSW who has also founded and run successful start-ups, came together to find a way to bring carbon risk into the financial mainstream — with the ultimate goal of ensuring a smoother and more rapid transition to a net-zero future.

“I started Emmi because of a realisation: that government is not going to fix the climate crisis and finance has an immense amount of power to change the status quo but is not being incentivised to do anything, because carbon is being left out of the equation,” Michael Lebbon, Founder & CEO, Emmi, said.

“Ben and I worked together to make Emmi a platform that empowers investors to easily understand complicated financial data and climate science scenarios so they can make more complete financial decisions. By using the latest climate science to bring carbon into the financial mainstream, our intention is that Emmi will fill a big gaping hole in the financial analytical toolkit and will accelerate the global financial transition needed to avoid the worst-case scenarios of climate change,” he added.

More recently, companies making net-zero commitments have been told to expect ever closer scrutiny of the structures and planning in place to achieve them. This could include businesses facing legal challenges for ‘greenwashing’ their commitments to achieve their net zero-carbon pledges or emissions reductions targets.