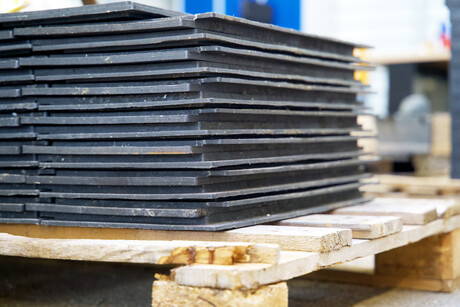 Fairview announced its Ecoloop recycling facility has won a Product Stewardship Award for Best Stewardship Outcomes by an SME business. This award is in recognition of Ecoloop’s ability to recycle and repurpose combustible cladding from at-risk facades.

The Product Stewardship Excellence Awards are run by the Product Stewardship Centre of Excellence and supported by the Department of Climate Change, Energy, the Environment and Water. They recognise industry-wide stewardship achievements, particularly in the area of emissions and sustainability. Several organisations including Biopak, Dulux and NSW Return and Earn Container Deposit Scheme also won awards.

Professor Damien Giurco, Chair of the awards judging panel, said, “Fairview’s Ecoloop is a recycling solution for aluminium composite panel cladding aimed at diverting 100% of waste from landfill as part of a national replacement of non-compliant cladding. Judges were inspired by the complete circular nature of their program, and its successes in ensuring that each component of the separated materials was further utilised, namely aluminium, polyethylene, ferrous metals and mixed residuals. They also noted that the program has considerable potential to be scaled.”

Gary Norris, National Manager Rectification & Recycling, Fairview, said, “With data showing that 58.3 kgs of carbon are offset for every m2 recycled via Ecoloop, we could recycle much more if every cladding brand or company and government agency sent their at-risk and combustible cladding to Ecoloop to be repurposed as recycled material or sustainable building materials.”

Ecoloop has previously been named a finalist in the Urban Developer Awards for Excellence in Sustainability across Australia and New Zealand.

In partnership with Salesforce, X-ELIO has launched its Blue Grass Solar Farm, located 14 km from...

Evolution has announced a partnership with Tembo for the full electrification of its fleet of...